Last week Art Sterritt got a massive ovation when he told a Calgary audience that Coastal First Nations would never approve the Northern Gateway Pipeline. The packed house at the event hosted by the Alberta Wilderness Association was clear – they supported the position of the Coastal First Nations and WWF-Canada that the Northern Gateway Pipeline should not go ahead.

I wasn’t particularly surprised by this – I had worked in Calgary, paving roads, to pay for university, and my wife’s family is from a small town outside Edmonton. I know from my own experience that there’s a diversity of viewpoints in Alberta just like everywhere else, and a strong conservation movement.  Outside Alberta, though, often the only voice that is heard by the rest of Canada is that of the foreign-dominated oil industry. That’s why Art and I travelled to Calgary – to make it clear to Albertans why this project is so misguided, and give them the facts they needed to make the case there too.

The value of the Great Bear region

The north coast of British Columbia has been an ecologically, socially and economically rich region for thousands of years. This is not a region that wants for development thanks to sustainable forestry, fishing, hunting and tourism industries.

According to Art, in the 1980s residents of this region began to notice that industrial development was happening too fast; the future wealth of the area was being sacrificed for short-term gain, and from that recognition grew the activism of the BC First Nations.

The results of this movement include the protection of the Great Bear Rainforest using a globally significant ecosystem-based management plan, for which WWF awarded the proponents a Gift of the Earth in 2007 – a plan to ensure future prosperity by protecting natural capital that was endorsed by the Federal Government, British Columbia, First Nations, and a host of environmental not for profits.   The recently announced Marine Planning Partnership for the North Pacific Coast builds on this agreement and extends the idea of planning to the Ocean – it is all one ecosystem.

Both of these innovative plans allow for economic activity in the region, but require that it respects the limits of nature and wildlife. They also require that new development does not threaten the already sustainable economies in the region. The Great Bear Region is a model for how people can live in harmony with nature, economically and environmentally.

There are a number of environmental challenges with the pipeline – potential leaks in important freshwater streams creeks and rivers; threats to caribou and other animals from increased activity of predators along the linear route of the pipeline, and threats to the salmon from both leaks of diluted bitumen and a tanker disaster, like the Exxon Valdez.  And based on the best available science, very little of such a spill would ever be cleaned up.  There can be no doubt that such an accident is a realistic risk.  And there is also no doubt that such a spill would be an ecological and economic disaster to the salmon, the species that depend on them, and the people whose livelihoods depend on nature.

The damage beyond the spill

The problems with Northern Gateway pipeline don’t begin and end with the risk of an oil spill. The construction of the pipeline will further fragment habitats across Alberta and BC; and WWF is working to assess the impact of increased tanker traffic and associated noise in the Douglas Channel on threatened species like the humpback whale.

When the Northern Gateway pipeline was approved, it was with the explicit recognition that impacts on species like salmon, whales, caribou and bears would happen.  The joint review panel, without referring to any evidence whatsoever, went on to conclude that these risks were justified by the economic benefits of increased oil production. The lack of evidence prompted 300 prominent scientists to decry the report.

Of course, in addition to all of the reasons against this specific pipeline in this specific place, we can’t forget about the greater picture. In the face of the threat of climate change, the world is moving away from fossil fuels, and yet there is no national plan to reduce greenhouse gas emissions Canada.  This obvious conflict was understood in the Calgary audience too – with the first question of the night being ”œand what about climate change?”

WWF-Canada is committed to protecting this region; we stand with science, stand with nature, and stand with the Coastal First Nations – this is not the place for this pipeline.

”œBC First Nations activism grew from realization that natural capital was being drawn down at too fast a rate.”

”œThere is still no technology that will clean up an oil spill.”

”œI am telling you, Coastal First Nations will never approve the Northern Gateway.”

David Miller
David Miller is President and CEO of World Wildlife Fund. He was formerly the chair of the C40 Cities Climate Leadership Group and, from 2003 to 2010, mayor of Toronto.
Tous les textes de l’auteur(e)
X 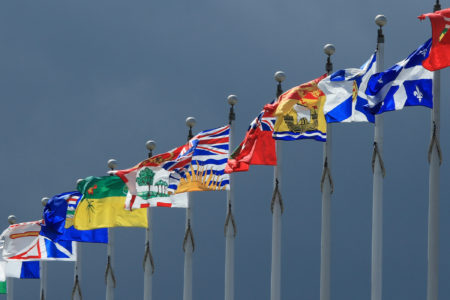