In mere days the COVID-19 pandemic pushed nearly all Canadians online. Whether it’s the 40 per cent of people now working online, the 60 per cent who say they’ve accessed telehealth or the millions who have celebrated milestones with their families and friends through a screen, the pandemic served as a catalyst and an accelerator. High-quality internet access is now required to fully participate in Canadian society.

Two years after the federal government released its national Connectivity Strategy, Canada’s need for top-notch digital infrastructure is more critical than ever. The pandemic magnified what happens when some can’t participate in the digital economy, or access education and public services, or be connected socially. In the digital age, high-quality digital connectivity is essential ─ in the way telephone service and electric power are, both of which are effectively recognized as rights of citizenship. The Public Policy Forum report Future Proof: Connecting a Post-Pandemic Canada asks, What policy measures should be enacted by government to ensure Canada’s digital connectivity infrastructure supports an inclusive, competitive post-pandemic economy? The report focused on two core issues.

The second is, are policy measures necessary to ensure Canadian businesses and consumers obtain the full benefits of the emerging fifth-generation (5G) wireless technology.

While market forces can be relied on to deliver the great majority of digital connectivity, in Canada they have failed to provide high-speed service where customer density doesn’t cover the cost of delivery. This has left more than 1.9 million households (about 13 per cent) without access to the 50/10 minimum. Of those, more than 90 per cent are in rural areas and, in 2019, fewer than 35 per cent of households on First Nations reserves had access to 50/10.

However, the 50/10 objective is already largely obsolete due to the availability of much higher speeds, particularly in urban areas. Rather than setting an updated numerical target, we suggest Canada commit to a universal “future-proof” digital connectivity infrastructure – scalable connectivity that can support data rates that far exceed needs foreseen today, such as those that can be provided by (optical) fibre to the home (FTTH).

The objective would be to give virtually every person access to essentially the same quality of internet connectivity, whether they reside in a major city or a remote Indigenous community.

To put this into context, in 2019, 61 per cent of Canadian households had access to gigabit internet service, such as upgraded cable or FTTH. The momentum established through government financial support of broadband rollout to meet or exceed the 50/10 target must continue and intensify. However, FTTH may not be feasible for roughly 5 per cent of households – about 700,000 to 800,000 homes. Therefore, future-proofing the hardest to reach populations will depend on a combination of fixed wireless access (using 5G technology) and the emerging generation of globe-spanning low-earth-orbit (LEO) satellites, such as Telesat’s Lightspeed and SpaceX’s Starlink, to provide access where FTTH is not possible. Although neither of these wireless technologies can equal optical fibre, they have the potential to provide gigabit-per-second transmission to residential customers in sparsely populated areas.

It is forecast that within four years 5G will account for more than 20 per cent of global mobile internet connections and more than 80 per cent of mobile capital expenditure. 5G is the first “industrial grade” wireless technology. Compared with previous generations, it provides very low latency and extremely high speed — roughly 100 times that of 4G, on average — because it uses broader bands of high-frequency spectrum.  Service will be more reliable with new capabilities like customized network access, and massive data capture and utilization.

5G technology is essential to leverage the growing dominance of the “intangibles economy,” where value resides in data, software and intellectual property. 5G will create value anywhere that large volumes of data are generated and communicated, which is virtually everywhere in the economies and societies of the future.

That is why Canada should implement a national strategy to become a global leader in 5G. Government measures that are needed to remove roadblocks on both the supply and demand sides include these three specific actions, as outlined in Future Proof: Connecting a Post-Pandemic Canada:

1. Network rollout: Some subsidies will be required to ensure expanded geographic coverage and early buildout in small and remote communities. In fact, some of the currently allocated broadband funds may be used to expand 4G-LTE wireless coverage on roads. This is a good start, but it should also be expanded to encourage 5G access in those small and remote communities where market incentives are insufficient.

2. Spectrum allocation: How Canada allocates spectrum for 5G should be more in step with the U.S.’s practice. In addition, the design of the 5G spectrum allocation process must consider requirements to make the best use of 5G technology – for example, by providing contiguous blocks of spectrum to support the highest speed. Spectrum policy should balance two objectives: promoting competition, and continuing to incentivize investment in new technology, for which market returns are initially uncertain.

3. Access to structures: 5G implementation requires access to poles, buildings and trenches (passive infrastructure), because large numbers of installed antennas are needed to compensate for the short range of the signal when communicating at very high speed. Proactive measures to encourage co-operation in access to passive infrastructure will be needed.

The supply-side dimension must be complemented with initiatives to strengthen demand for innovative applications of 5G from industry and institutional sectors. One laudable step was the $400-million investment by the governments of Canada, Ontario and Quebec to create a 5G test bed, ENCQOR, which has enabled hundreds of smaller developers of 5G technology and applications to build and test their 5G-enabled technology. To finance the cost of extending the ENCQOR model and the Centre of Excellence for Next Generation Networks (CENGN), at least 5 per cent of the recent 5G spectrum auction windfall of $8.9 billion should be earmarked to support demand-side experimentation and testing of new 5G-enabled technologies. This would require an investment of $450 million by the federal government. This and similar co-operative models need to be well-funded and replicated across Canada.

For Canada to maximize the social and economic benefits of digital infrastructure, two requirements must be met. First, universal future-proof access to the internet must be ensured. Second, early adoption of new technologies like 5G must be promoted, not only as an individual business imperative, but also as an essential investment in the country’s future prosperity. 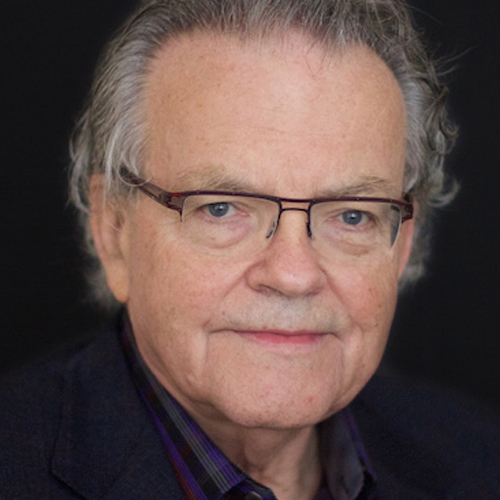 Peter Nicholson
Peter Nicholson is board chair of the Canadian Institute for Climate Choices. He was founding president of the Council of Canadian Academies, and has served in government, business and higher education.
Tous les textes de l’auteur(e) Katie Davey
Katie Davey is policy lead and editor of PPF Media at the Public Policy Forum. She focuses on the integration of social and economic policy. You can find her on Twitter @katieadavey
Tous les textes de l’auteur(e)
X