The future of Canadian peacekeeping was the topic of a November 2017 conference hosted by the Mackenzie Institute, a not-for-profit think tank on security matters. Its title was “Positioning for Peace Preservation: The New Form of Peacekeeping.”

This theme captures a mature, perhaps overdue admission that the Pearsonian peacekeeping era is well and truly over. That romantic vision of blue-helmeted troops must now join the other cherished military symbols and artifacts in the National War Museum in Ottawa. The principle of standing nobly between hostile forces to prevent conflict seems idyllic but detached from the modern world, where terrorist groups like ISIL, al-Qaeda and Boko Haram behead innocents, kidnap schoolgirls and wreak havoc through murderous nihilist means.

No one wants to avoid bloodshed more than those who have been closest to the sound of the guns. Our country has proudly produced warriors of the highest calibre and ability, who have made significant military contributions in combat to secure a more peaceful world. In addition, Canada has clearly earned immeasurable respect for peacekeeping since its inception. It is indeed part of our storied history that an unlikely hero, Lester B. Pearson, a diplomat at the time, helped negotiate a solution in the volatile Suez Canal crisis in 1956. It included “neutral” Canadian troops standing between potential warring factions until a settlement could be found. It worked. Peacekeeping, as it became known, was born, and Canada and Pearson rightly received much credit; in addition, Pearson won the Nobel Peace Prize.

Canadian peacekeeping’s high-water marks came in Suez and later in Cyprus, a mission that lasted until 1993. However, in recent times, the tragic missions in Somalia (1992-93) and Rwanda (1993-96) drastically undermined the view of traditional peacekeeping. The model is now associated with rising costs, increased risk, ineffectiveness, human rights failures and loss of life. Political and public enthusiasm for Canada to take on more of this type of mission has hugely decreased. The deeply flawed outcomes in Somalia and Rwanda were undeniably a serious blow to Canada’s reputation and the public’s perception of peacekeeping generally. Arguably, both missions were doomed from the get-go. They were ill defined and under-resourced, and they should never have been characterized as peacekeeping. In the midst of extreme poverty, famine and clannish blood feuds, the hostilities were intense, with violence and weaponry widespread. These were horrendous conditions on the ground for Canadians and others to contend with — and the farthest thing from peace. There was simply none to keep. Despite the best efforts of many Canadians and allies, failure was imminent in those two African nations.

Somalia and Rwanda led to a major rethink in most military circles on peacekeeping and on the need to adopt a more pragmatic posture. A new model was offered by NATO and other coalitions of allies, in more muscular missions like Bosnia (1992-95) and Kosovo (1998-99). These were more organized, better directed, had clear rules of engagement, and were certainly safer and more in keeping with traditional military objectives. These deployments had defined orders, discipline, heavy equipment, training and measurable tactical outcomes that were closely coordinated with diplomatic and development goals and among multiple members of allied nations. The best we can sometimes say at the close of a mission is that there is an absence of open conflict and a fragile, tenuous state of stability. Arguably, this is what we sought to achieve in Afghanistan (beginning in 2001), at tremendous cost in blood and treasure. Tragically, recent events show that with its troublesome neighbours and a resurgent Taliban, the future of the country is still far from secure.

I do not mean to diminish or tarnish peacekeeping overall and the ingenuity and valiant efforts exhibited by forces from the 1950s forward. But to maintain the mythology of peacekeeping as the answer to today’s conflicts is disingenuous and, I submit, dangerous. Canada’s glory days of peacekeeping are over, as sure as fixed bayonets and foxholes. To use a sports analogy, peacekeeping is like the era of hockey’s original six teams: while some may yearn for those good old days, the game has changed, and so have the players and the rules. Executing a peacekeeping mission today is more difficult and more deadly by factors of 100.

The Liberal government has been casting about in search of a peacekeeping mission for over two years now. The search appears to be driven more by the goal of keeping an ill-advised campaign commitment than by a genuine concern for ending conflict. For a while the destination of the next mission was rumoured to be an African nation, judging by the travels of the Defence Minister and the comments of the Chief of Defence Staff. Our last UN-led peacekeeping missions on the continent, in Somalia and Rwanda, went horribly wrong. If we replicate this outdated model in terrorist-riddled hot spots, it would be a recipe for disaster that sets Canadian forces up to fail.

Canada’s commitment announcement in November at a UN peacekeeping conference in Vancouver appeared to be a public relations exercise that landed flat and left many disappointed. The long awaited, much hyped roll-out was far less than what was expected. Prime Minister Trudeau had promised in the 2015 election that 600 troops and 150 police would be committed to a new UN peacekeeping mission. Yet all that was announced in Vancouver was the creation at a future date of a “rapid reaction force” of 200 persons (we already have DART, the Disaster Assistance Response Team), but no specific mission was announced for it or even a hint given of when a mission will be chosen. Trudeau committed to making helicopters available, although they are already in short supply for our own needs, and to add training capacity, including a new fund of $15 million for increasing female participation in security roles.

Canada’s commitment announcement in November at a UN peacekeeping conference in Vancouver appeared to be a public relations exercise that landed flat and left many disappointed.

The constant use of partisan language over the past two years, with references to Canada being “back,” and grand pledges delayed until well beyond the next election, are emblematic of a government that is not serious about robust defence and more concerned with re-election. Having backed away from leadership and the necessary heavy lifting, which would entail taking on a high degree of risk, cost and long-term commitment — for example, by taking part in the bombing runs over Syria to suppress the advances of ISIL and curtail the violent Syrian regime — we appear ready to pay others, train others and leave others to the hard, risky work of security building. That is not a return to our traditional role, it’s abandoning and shirking our responsibilities to our traditional allies. Some of the elements of the announcement were laudable: the commitment to include more women in security forces, and making equipment and training available to our allies. Yet it is far short of what was promised in 2015 and what was hoped for by the UN. “Condescending” and “tap-dancing around the difficult issues” was the apt description of one of our finest soldiers and peacemakers, General Lewis MacKenzie.

Another noble, well intended and, again, Canadian-led initiative that has lost some of its lustre is the Responsibility to Protect doctrine, known as R2P. It calls for UN intervention if a nation proves incapable of protecting its own population from harm. The UN version is a watered-down variant of article 5 of the NATO treaty, which binds the alliance’s members to come to the defence of any country that is attacked. Like peacekeeping, R2P is becoming tarnished: overwhelmed by the bureaucratic inertia emblematic of the UN or overruled by deadlock at the UN Security Council. Only robust force, clear red lines and measurable actions have any real meaning in the modern violent and volatile world, where peace can be elusive.

When, where, what and how to deploy should clearly be defined predominantly by the military, overseen and directed by democratically elected bodies. There is no doubt that our extraordinary Canadian armed forces and all our engaged security forces are up to the challenge. Their remarkable abilities have been demonstrated in recent joint operations. Joint Task Force 2 and the Canadian Special Operations Regiment have shown their superior discipline and surgical strike capabilities.

It is when the military operational decisions are thwarted or overtaken by political decisions (often geared to domestic audiences) that the inevitable troubles for those in harm’s way begin. The same can be said of military procurement: witness the Sea King helicopter replacement debacle in the 1990s, soon to be overtaken as the worst example by the current fiasco of fighter jet replacement.

Today’s overwhelming firepower has overwhelming impact; it is highly expensive yet effective. It is speed and lethality in balance that win the day, as in the first Gulf War and Libya. New technology for use in conflict zones — such as highly precise drones, better signals intelligence, life-saving explosive detection and removal equipment, and even missile defence and early warning systems — is a critical area of investment for Canada. Lest we forget, our history, reputation and identity include full-scale fighting when the cause is just, as recently as the last decade. This kind of engagement requires much different preparation than any type of peacekeeping.

Our open society, tolerance and inclusivity are admirable, attractive features of Canadian society, as are our rule of law, human rights protections and welcoming immigration system. All these are still a work in progress. But make no mistake: they also create openings and vulnerabilities for many reasons — reasons to be proud of, even to celebrate — but we must be vigilant in their preservation, for what makes us great also makes us a target. All that we love about Canada leaves us wide open and attractive to attack, especially by battle-hardened ISIL fighters, beaten and returning to the hated Western country they left. They come back with a distorted sense of vengeance and twisted values, and brandishing the deadly knowledge of how to hit soft targets. These are not individuals who can be rehabilitated, as was recently suggested by the Prime Minister; rather, they should be prosecuted and imprisoned, where evidence warrants.

We simply cannot afford to minimize the challenges or be naive about what it takes to create peace in today’s world. Security and defence are not areas where we can afford to cut corners on the significant investment of resources required to keep citizens safe. Our entire security apparatus of CSIS, CSE, the RCMP and all our law enforcement in addition to our military — and, I believe, our legal system, including antiterrorism laws — need vigilant attention, more nonpartisan support and ample funding, like the 2 percent of GDP for defence spending requested by NATO. Virtue signalling on security matters when citizens’ lives are at risk is anything but virtuous. Neglect and putting partisan politics ahead of principled decisions can put many in harm’s way. That is not the Canadian way. 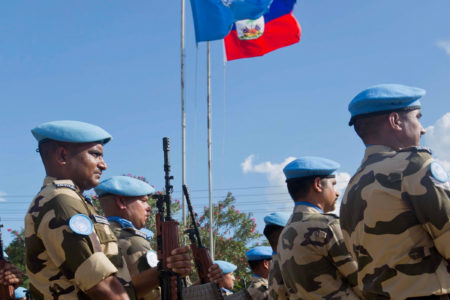