Even when a site is operating with a federal exemption from the Controlled Drugs and Substances Act, splitting and sharing is still considered “trafficking” and prohibited. Prohibiting the practice within supervised consumption sites creates barriers for many people who use drugs – people who are already under-represented and disproportionately affected by the unregulated drug supply – from accessing essential life-saving services.

What is splitting and sharing and why is it important? People who use drugs buy, split and share them to support one another. But this is a criminal offence under the Controlled Drugs and Substances Act, which prohibits the trafficking of any amount of drugs and defines trafficking to include anyone handing a controlled substance to another person.

It is illogical and unsafe to prohibit splitting and sharing. This is particularly apparent within supervised consumption sites. The result of this restriction is that people are forced to split and share outside the consumption site, heightening their risk of criminalization and acts of discrimination, which in turn obstructs access to lifesaving services.

A recent study from Toronto highlighted that people who sell drugs are often seen outside of drug-using cultures as predators. The importance of buying quality-assured substances within drug-using communities is dismissed by them as criminal behaviour within society.

However, when the illegal drug supply becomes as toxic as it is today due to the increase of fentanyl and benzodiazepines being mixed into practically any kind of “down” – a common term for heroin or fentanyl – the practice of splitting and sharing supports one another in the community in buying quality-assured drugs, thus allowing drug consumers to have control and knowledge about what they are taking. People who sell drugs to survive play an important role in providing both information on the grade and potency of drugs and mutual aid by assisting people to buy quality drugs. They are uniquely positioned to support harm-reduction efforts, given their connection to, and cultural role in, respected drug-using communities. Often, people selling drugs are dealing to support themselves – a practice called necessity or subsistence trafficking.

Stigma and criminalization create barriers to harm-reduction organizations collaborating effectively with people who sell drugs. Policy-makers ignorant of drug-using cultures vilify the act of selling drugs, which discredits the expertise of people who sell drugs and leads to restrictive policies that police and punish people who use drugs. These people then must break the law to buy, sell, or split and share their drugs.

In October 2020, Health Canada held a knowledge-exchange series related to rules and regulations about supervised consumption sites. Addressing barriers to splitting and sharing was the central topic. What people did not know was that the Urgent Public Health Need Sites community of practice and the Canadian Association of People Who Use Drugs were already collecting data and exploring mechanisms to remove this barrier.

We first garnered input from the national community of people who use drugs via a survey. As one participant explained: “I think splitting and sharing is an important part of drug culture. If someone’s sick, we share. We are our community and this piece is such a beautiful thread to cling to – in the horror of the overdose epidemic and COVID – please help foster this practice. Don’t let them die out in the advent of the SCS (supervised consumption services).”

After the survey, we created a template protocol for supervised consumption site operators to implement. After the series, Health Canada reached out to our working group for a meeting. Health Canada heard loud and clear about the strict barriers that many supervised consumption sites face, including splitting and sharing. Health Canada listened to our suggestions. Soon after, we received an updated exemption application with a new section allowing operators to request an exemption that permits splitting and sharing. What may seem like incremental progress is a huge success for the drug-using community in Canada.

The new application specifically states that sites can now apply for an exemption to permit splitting and sharing, and to submit policies and procedures on how they plan to manage this practice. But the application process is time- and labour-intensive. A better approach would have been to offer a blanket exemption to all sites.

At the same time, the new exemption application states that Health Canada requires each client involved in splitting and sharing to be consuming substances on site during that visit. This is counterintuitive. Not everyone who shares drugs may necessarily want to consume immediately at the site. This oversight does not capture people who just want to support a community member. Staff of supervised consumption services are also not allowed to assist with or participate in splitting and sharing.

This is problematic given the importance of hiring staff with lived/living experience of drug use. Health Canada’s interpretation of this practice is restrictive and again dismisses what happens in drug-use culture. We must not rest on this win, but rather continue to advocate for less-restrictive, less-arbitrary and less-harmful policies.

What we requested is not exactly what we received, and it is important to highlight the harms of incrementalism and half-measures. Still, there are important implications to this small victory. The door has been opened to allow for a practice that was previously criminalized within supervised consumption sites.

However, in this current restrictive system, we have to request piecemeal exemptions for every facet of the drug-using culture, even within supervised consumption sites. This is a systemic barrier to providing authentic, culturally appropriate services. Imposing bureaucracy around drug-using cultural practices is not effective, given the urgent need for widespread access to supervised consumption sites. We are just coming out of the deadliest year on record of the overdose crisis.

Accessible sites for people to use drugs safely are needed now more than ever. These sites are also uniquely positioned to work with people who use drugs from a stance of cultural humility. Recognizing people who use drugs as experts and the role that cultural safety plays in promoting accessibility helps expand exemptions to allow supervised consumption sites to embrace the authentic and genuine realities of drug-use culture. It allows us to step up courageously and support one of the most marginalized, discriminated and stigmatized groups of amazing humans: people who use drugs.

Corey Ranger, a registered nurse and clinical nurse lead for the Victoria SAFER Initiative based in lək̓ʷəŋən and W̱SÁNEĆ territory (Victoria, B.C.) and Sandra Ka Hon Chu, co-executive director with the HIV Legal Network, contributed to this article. Matthew Bonn
Matthew Bonn is the program manager with the Canadian Association of People Who Use Drugs. He is a current drug user. Twitter @matthew__bonn
Tous les textes de l’auteur(e) Seff Pinch
Seff Pinch (they/them) is based on Skwxwú7mesh , xʷməθkwəy̓əm and Səl̓ílwətaʔ/Selilwitulh territory (a.k.a. Vancouver). They are a social justice activist who has been working in harm- reduction for almost a decade.
Tous les textes de l’auteur(e) Savannah Swann
Savannah Swann is based in Skwxwú7mesh , xʷməθkwəy̓əm and Səl̓ílwətaʔ/Selilwitulh territory (a.k.a. Vancouver). She/her is the knowledge mobilization officer at the Dr. Peter Centre. She has experience in community-based participatory research and is a member of the Equity, Diversity and Inclusion Committee at Options Community Services.
Tous les textes de l’auteur(e)
X 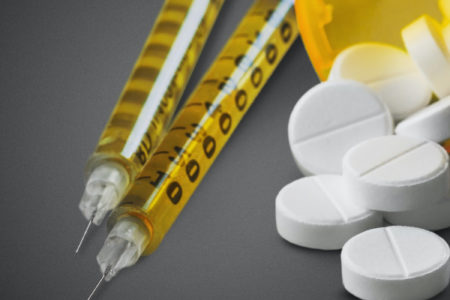