Provinces can be at the leading edge of government-to-government reconciliation by shifting their focus away from government “processes.” par Robert Tay-Burroughs, Liam Midzain-Gobin, Caroline Dunton 17 août 2021
Partager

This may be because such provincial-Indigenous relationships are seen as internal, stakeholder-based ones. However, this misses that each actor brings their own governance system and sovereignty to an inter-national relationship, showing that they might be more usefully framed as diplomatic. If we look at the current state of relationships between First Nations and provincial governments, such as in New Brunswick and British Columbia, we see diverse approaches and outcomes. These differences underline how treaties in Canada vary in form, function, and whether they exist at all.

Like other maritime provinces, New Brunswick is subject to a series of “peace and friendship treaties” signed between the Crown and the nations of the Wabanaki Confederacy between 1725 and 1799. In contrast, most of what is today British Columbia rests on untreatied territory, although modern treaties in the form of land claims agreements and other “constructive arrangements” offer contemporary examples of concrete relationships.

As well, while there are two main First Nations in New Brunswick (the Wolastoqey and Mi’gmaw nations), there are nearly 200 First Nations that populate the territory of contemporary B.C., made up of different national, tribal and community-based groups.

In both provinces, governments have long ignored and undermined Indigenous peoples’ rights and title. In the case of B.C., there have been longstanding efforts by First Nations leaders to unify in order to strengthen their efforts to organize.

When comparing the two provinces, the key difference is their Indigenous nations’ starting points ─ as equal sovereign actors, or as domestic stakeholders.

The Wolastoqiyik and Mi’gmaq have steadily asserted their territorial rights, and today 100 per cent of the provincial landmass is subject to an active land and/or title claim. Yet the formal relationship between the First Nations and the Crown in New Brunswick in 2021 is more accurately described as non-existent.

This should not be surprising. The Department of Aboriginal Affairs does not have any mandate to maintain, foster or develop relations. Instead, the province finds itself in the awkward position of having Arlene Dunn, its minister for Aboriginal affairs and the Crown’s senior representative of the First Nations, who is effectively deemed persona non grata in Indigenous communities.

Indigenous leaders have demanded her resignation since December 2020, when she gutted a legislative motion calling for a public inquiry into systemic racism against Indigenous peoples. When she did not resign, Indigenous leaders withdrew from a proposed all Nations-all parties working group on the Truth and Reconciliation Commission’s recommendations, citing a lack of confidence in Dunn’s continued tenure as minister and their suspicions that the working group was being « used as a political smoke screen. »

Other government actions are contributing to this fraught atmosphere ─ the government’s unilateral cancellation of tax-sharing agreements with the First Nations is a particularly painful episode for the Wolastoqiyik, because of the connection between these agreements and accommodation agreements on the Sisson Mine project (of which the Wolastoqey leadership never offered their approval or consent). In Mi’gmag’i, the Elsipogtog land claim ─ which the federal government has sought to settle, although the provincial government continues to litigate – stems from objections to the government’s shale gas explorations.

Indigenous leaders are looking for a reciprocity that the provincial government – neither its bureaucrats nor its politicians – seems unable to provide. The province’s instinct to “domesticate” the relationship and to buy appeasement through job promises, tax agreements, land transfers or money is increasingly untenable.

As Neqoktuk (Tobique) Chief Ross Perley put it, “[I]t’s kind of disrespectful, to be honest, that the government would ignore calls from the leaders of the Indigenous communities and go on with their own paternalistic plan that we don’t think will yield results for our nations here in New Brunswick.”

An alternative model is emerging in British Columbia, where relationships between the Crown (acting through government policy) and First Nations are increasingly taking on the form of diplomacy. This was highlighted by the November 2019 passage of Bill 41, which saw B.C. become the first province in Canada to pass the United Nations Declaration on the Rights of Indigenous Peoples (UNDRIP) into law. While it was a government initiative, the bill was co-developed with the First Nations Leadership Council following years of calls for its implementation.

The passage of UNDRIP has been acknowledged as “historic,” with the important caveat that “the hard work is yet to come,” i.e., implementing the declaration and following through on relationship-building.

A draft action plan co-developed with First Nations leaders (through the First Nations Leadership Council) to implement the principles underpinning the declaration has been released for comments before being finalized later this year.

The action plan itself eschews the language of stakeholder relationships commonly found in efforts to domesticate and identify the building of First Nations self-determination as its primary goal. This is then followed by a number of actions that, if fully implemented, will offer concrete support for First Nations-led governance initiatives.

These initiatives are all intended to help develop the capacity for further co-operation and co-development of policy and legislation. That is, the action plan puts in place concrete steps toward enabling ongoing diplomatic relationships that could result in a shared future that reflects the principles of Indigenous self-determination.

There are other signs of a shift in the mandate letter sent to Murray Rankin, Minister of Indigenous Relations and Reconciliation, which instructs him to “(i)mprove our government’s relationships with Indigenous peoples by moving from short-term transactional arrangements to long-term agreements that recognize and support reconciliation, self-determination and economic independence.”

Previous language from the NDP-led government also spoke to the importance of reconciliation and aligning provincial action with UNDRIP, but it focused on the need to “(w)ork collaboratively and respectfully with First Nations” and to build partnerships around renewing the B.C. Treaty Process. “Long-term agreements” and “co-development” offer more concrete opportunities for moving past consultation and accommodation of stakeholders toward recognizing – and abiding by – B.C. First Nations’ long history of articulating their own sovereignty, rights and title.

Is paradiplomacy the next step?

Provincial governments’ relationships with Indigenous nations have historically reflected what scholar Rita Dhamoon calls government “processes” – a less visible, everyday policy-making that maintains the contemporary colonial order. Recognizing Indigenous sovereignty means they must work together on issues like land and water management, economic development and resource extraction. On these and other issues, the most successful among them might more accurately resemble diplomatic relationships.

Diplomatic relations involving subnational actors, especially provinces, are not new in Canada. They are a broader phenomenon known as paradiplomacy. Identifying a move toward inter-national diplomacy-style relations is not necessarily a statement that one is better than the other. Much like Canadian foreign policy more broadly, diplomatic relations are not synonymous with “friendly” relations. They can also involve complex dynamics of hierarchy, domination and colonialism. That said, moving toward a more diplomatic relationship may be a valuable starting point for a framework from which actors can proceed on better footing.

Ensuring that these outstanding issues in New Brunswick and British Columbia are resolved through processes that meet the governance standards of First Nations is crucial. B.C.’s model offers some potential, but time will tell, since much of it still needs to be implemented and the government is slipping back into a habit of not following through in a timely or substantive manner.

These relationships require an ongoing commitment. Promises of a new future are important, but thinking about different, overlapping diplomacies allows us the historical continuity necessary for thinking about a shared, inter-national future between Canada and Indigenous nations. Robert Tay-Burroughs
Robert Tay-Burroughs is the former senior adviser to the commissioner on systemic racism. His PhD research at the University of New Brunswick (Saint John) focuses on placemaking, settler colonialism, and the role of the Crown’s viceregal representatives in reconciliation. He lives in Fredericton, near Sitansisk. Twitter @fatbertt
Tous les textes de l’auteur(e) 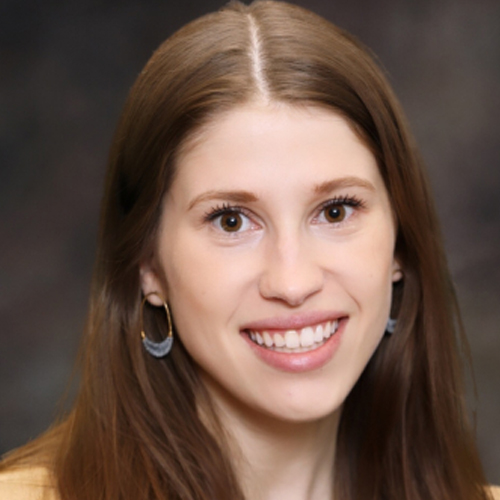