The 141-year-old colonial legislation called the Indian Act has had an odious and ridiculously stubborn run on Canada’s law books, with roots that extend back before Confederation. The Act has framed the relationship between the Crown and First Nations peoples in paternalistic, settler terms, ignoring the commitments and spirit of the treaties, Indigenous governance structures, and the inherent right to self determination. The 1983 report on Indian Self-Government in Canada (the Penner report) aptly called it a “mechanism of social control and assimilation.”

The federal government is talking about moving beyond the Act, but the politicians’ record on this score is cause for skepticism. Will terminating the Act ultimately lead to a surrender of rights, as Harold Cardinal pointed out, after the last major attempt at reform in the disastrous 1969 White Paper? And what of the roadmap toward a renewed legal relationship, which was outlined nearly 20 years ago by the Royal Commission on Aboriginal Peoples?

In this Policy Options series, authors examine the Act’s negative legacy and explore Indigenous ways of breaking the Act’s grip.

Photo: Detail of Pages 34 and 38 of “Indian Act, 2000-2002,” by Nadia Myre. Between 1999 and 2002, Myre enlisted over 250 friends, colleagues and strangers to help her bead over the Indian Act. Myre is a Quebec-based artist and a member of the Anishnabeg Kitigan Zibi First Nation. 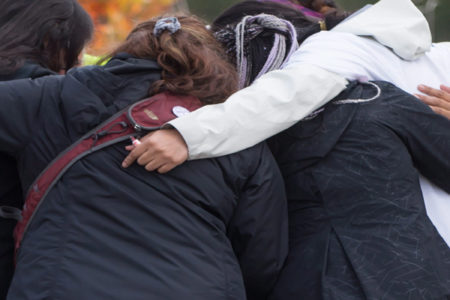 The Indian Act and the subsidization of the south What to make of the INAC split?