When people are exposed to meat that could be contaminated with chronic wasting disease (CWD), there’s a risk for the development of human cases of CWD. This meat should not be permitted into the human food chain. But recent reports raise questions about whether the government agencies responsible for protecting our food supply are taking the right approach.

In the past five years, the Canadian Food Inspection Agency (CFIA) has allowed animals from at least 22 Canadian elk and deer farms affected by chronic wasting disease (CWD) to be released — thousands of them untested — for human food. For example, in Saskatchewan, live animals originating from contaminated farms are being shipped out of the province to be processed as venison. In some cases, for example in Ontario, there is little testing of elk or deer before they enter abattoirs. In 2018, the CFIA permitted 1,500 untested animals under 12 months of age from a CWD-affected red deer farm in Quebec to be sold for human food. The risk created by these practices is compounded by the reality that current tests, when used, are not sensitive enough to pick up early stages of infection.

The CFIA has asserted that, to date, no case of CWD transferring to humans has been documented and that therefore food safety is not an issue. But what we know about CWD and related diseases suggests otherwise.

CWD is a relatively new disease affecting members of the cervid family: deer, elk, moose and caribou. Imported to Canada in game farm elk from South Dakota, it spread widely among farms and repeatedly spilled into public wildlife. It has now been found in three Canadian provinces and 26 American states. The disease can spread directly between animals by saliva, nasal secretions, urine, feces and blood. CWD can also persist in an infectious form in soil and in water for years, which likely contributes to new infections.

CWD is an infectious prion disease, related to bovine spongiform encephalopathy (BSE, known as “mad cow disease”) and Creutzfeldt-Jakob disease (CJD) in humans. The biological basis of prion diseases is similar to that of neurological conditions such as Alzheimer’s and Parkinson’s disease, but there are significant differences: prion diseases are always rapidly fatal once symptoms emerge, cannot be treated, and are often difficult to detect and diagnose. They can be transmitted between animals or people by an infection-like process.

BSE is indeed known to have crossed the species barrier into humans to cause over 230 cases of a new prion disease, called variant CJD. Although CWD has never been shown to infect humans directly, there is some evidence suggesting it could, given sufficient exposure. Health Canada has in fact advised for many years that consumption of CWD-infected food is to be avoided.

When a CWD-affected animal is found on a cervid farm it is highly likely that other animals in the facility are also at risk of having been infected. Because prion diseases, including CWD, have long, silent incubation periods during which tissues are infectious but symptoms are absent, it’s not safe to assume that any apparently healthy animals in a CWD-affected facility are unaffected.

BSE was spread mostly through recycled animal protein known as meat-and-bone meal: this was how BSE-infected cattle could be fed back to healthy cattle. Controlling the BSE epidemic in the UK (1985-2000) was achieved by prohibiting the recycling of animal protein into animal feed. As the BSE prion in cattle is present almost entirely in brain and spinal cord tissue, human health was also protected by excluding these tissues from human food.

In contrast, CWD prions are found in most tissues of infected animals including muscle, the tissue usually consumed as food by humans. This means that no part of a CWD-affected animal can be considered to pose only a negligible risk of exposure to the CWD prion. In fact, a recent laboratory study has demonstrated transmission of CWD to macaque monkeys that were fed CWD-positive meat. Macaques are closely enough related to us that we should not assume humans are immune to CWD.

Decisions by the CFIA to release untested animals from CWD-affected facilities for human consumption are therefore scientifically unjustified. In addition, they are morally indefensible. We must consider the profound impacts even one human case of CWD would have. When variant CJD was discovered in the United Kingdom, the country lost access to its domestic plasma supply over concerns about possible transmission via blood products. If CWD were to be found in one person, it would raise the question of how many other people could be infected but asymptomatic. Allowing people to be exposed to CWD not only risks allowing a new human prion disease to emerge, it risks creating a silent reservoir of infection that might persist indefinitely. CFIA’s current practice represents a dereliction of regulatory oversight that must be remedied immediately to protect the health of Canadians.

Darrel Rowledge, author of No Accident…: Public Policy and Chronic Wasting Disease in Canada and co-author of The Challenge of CWD: Insidious and Dire, contributed to this article. 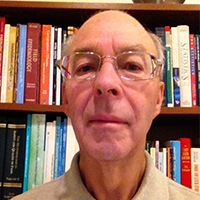 Paul Sockett
Paul Sockett is a former director of the Foodborne, Waterborne and Zoonotic Infections Diseases Division at the Public Health Agency of Canada (1996-2008) and was scientific adviser to the First Nations and Inuit Health Branch of Health Canada (2009-12).
View all by this author Kat Lanteigne
Kat Lanteigne is a Toronto-based writer and executive director of BloodWatch.org, an advocacy organization dedicated to supporting a safe public blood system and the non-commercialization of human tissue.
View all by this author Neil Cashman
Neil Cashman is a Canadian leader in neurodegenerative diseases, specializing in protein misfolding diseases and prion diseases such as mad cow disease and similar human illnesses, such as Creutzfeldt-Jakob disease (CJD).
View all by this author
X by Evan Fraser, Lenore Newman April 23, 2021
How can Canada support recovery efforts in the global south? Join us on January 21 for a webinar.
REGISTER NOW