The persistence of patronage, the rise of ideology and the decline of legal elites

The biggest change has been to replace input about appointments from legal elites with direct government control by Adam Dodek October 5, 2015
Share

After almost a decade of judicial appointments by the Stephen Harper government, three themes emerge. First, the Harper government has proven to be just like its predecessors — Liberal and Conservative — in using judicial appointments to reward party loyalists. A party that promised to get rid of patronage has preferred it over some other factors. This should not be particularly surprising: such is the nature of governments. Thus, the appointment of former cabinet minister Vic Toews should generally not be seen as either an aberration or an innovation. Granted, in the past, former cabinet ministers tended to be appointed to the Federal Court, but appointing Toews to the Manitoba Court of Queen’s Bench merely shows the desire of the former western Reformer to return home to Winnipeg rather than stay in Ottawa, and nothing more.

The second theme has been the rise of ideology as a criterion for judicial appointments. In the past, patronage trumped ideology. Some previous prime ministers were concerned about ideology. For the Supreme Court, Pierre Trudeau wanted staunch federalists like Bora Laskin, Jean Beetz and Antonio Lamer. The failed appointment of Marc Nadon and the nomination of Justice Russell Brown may indicate a rise in the importance of ideology in appointments to the Supreme Court. But the Harper government has clearly signalled its ideological preferences for some time through its penchant for appointing prosecutors, government lawyers and provincial court judges to the federal bench. In the case of the first two categories, there is a presumption — not always borne out — that they will be pro-Crown or deferential to the government. In the third case, judges have track records in criminal cases that are no doubt reviewed in the office of the minister of justice or in the Prime Minister’s Office.

The third theme is the Harper government’s clear disdain for input from “legal elites” in the judicial appointments process. By “legal elites,” I mean judges, bar associations and leaders of the bar. These individuals — especially chief justices — used to exert significant influences in judicial appointments. By all indications, they no longer do so as a matter of course. In fact, their attempt to exert influence may backfire, as in 2007 when the chief justice of Ontario at the time, Roy McMurtry, publicly called upon Prime Minister Harper to appoint Associate Chief Justice Dennis O’Connor as his successor. According to McMurtry, O’Connor was the choice of the court. This likely doomed O’Connor’s candidacy, and Harper chose someone from outside the court — Warren Winkler — as the chief justice. The message from Harper to the legal elites was clear: you don’t choose the judges, I do.

Legal elites are given a speaking audience and are then ignored.

The Harper government changed this in 2006. It added another government appointee — a representative from the law enforcement community — and it made the judicial nominee a nonvoting member unless there was a tie. Now the government had a 4-3 majority on the committee, so the only way that the judicial nominee would cast a vote would be if another member was not present or did not vote at a committee meeting. Since the entire work of the JACs is secret, we do not know anything about their operation beyond the fact that the government now appoints a majority of their members.

The Harper government also changed the classifications, eliminating the “highly recommended” category. This removed all pretense of the JACs producing any sort of short list. The net effect has been to reduce the role of the committees.

Provincial or territorial court judges are not assessed by the committee. Over the past decade, this group has become a fertile source of federal judicial appointments, further marginalizing the influence of the JACs.

Reducing the role of legal elites in judicial appointments is not necessarily a bad thing; public confidence in the process would likely be increased with greater public involvement. But that is not what the Harper government has done. It has reduced the role of legal elites not in the name of democratic participation but for greater government control instead. This trend goes against the grain of developments around the world and is unlikely to inspire public confidence in our judicial appointments system. The Harper government, however, is unapologetic. Its new catchphrase, which followed the abandonment of public hearings for Supreme Court nominees, is that judicial appointments “have always been a matter for the executive and continue to be.” While this is hardly inspiring, at least it is honest.

Adam Dodek
Adam Dodek is law professor at the University of Ottawa and a founding member of its Public Law Group. He is the author of The Canadian Constitution (2nd ed., 2016), which was named by the Hill Times as one of the best books of 2016.
View all by this author
X

The persistence of patronage, the rise of ideology and the decline of legal elites 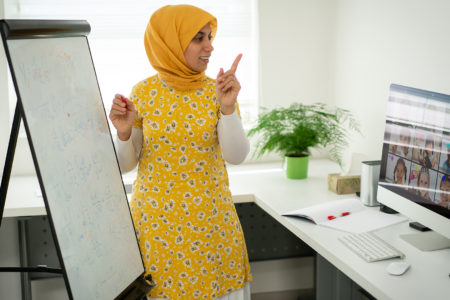