Think tanks can either reinvent themselves as significant arbiters of quality of policy analysis, or risk becoming part of the “post-truth” policy advice industry. by Diane Stone, Hartwig Pautz, Marcos Hernando March 2, 2017
Share

Last month, the annual Global GoTo Think Tank Index Report was released, amid claims “think tanks are more important than ever before.” It is unclear whether this was said in spite of, or because of, the emergence of “post-truth politics.” Experts have become targets of anger and derision, struggling to communicate facts and advance evidence-based policy. Popular dissatisfaction with “policy wonks” has meant think tanks face challenges to their credibility at a time they are under pressure from increased competition. The 20th century witnessed the rise of the think tank, but the 21st century might yet see its decline. To avoid such a fate, we believe think tanks must reposition themselves as the credible arbiters able to distinguish between poor analysis and good quality research.

The GoTo index uses peer review to rank the world’s leading think tanks, some 6,846 of them, “with the help of a panel of over 1,900 institutions and experts from the print and electronic media, academia, public and private donor institutions, and governments around the world.” However, the index shows that defining what constitutes a think tank remains difficult. Chatham House topped the list, but the report puzzlingly ranks Amnesty International and Transparency International – generally considered NGOs – at positions eight and nine as top think tanks outside the US. Such confusion suggests the assertion “think tanks are now more necessary than ever” is more problematic than frequently assumed. It points to underlying tensions in the think tank industry that could herald the end of the think tank century.

In recent years, think tanks have faced three major challenges: financial limits in a world characterised by austerity; increased competition both among think tanks and with other types of policy research organisations; and a growing questioning of, and popular dissatisfaction with, the role of the ”expert” itself. Here, we look at each of these in turn.

As the policy analysis industry has expanded, funding sources have not necessarily grown in tandem. Anecdotal accounts from think tank insiders strongly suggest that a decade of austerity has brought about leaner times for think tanks. Government agencies and ministries have less funding available to support what is often considered a luxury: expensive non-state policy research and analysis. Private funding is unlikely to make up shortfalls. Last century, philanthropic foundations often played a key role in the establishment of think tanks around the world. This century, the endowments of the world’s major philanthropic foundations took a hit in the wake of the global financial crisis.

Furthermore, whether depending on private or public funding, think tank funders’ demands and preferences can be fickle even at the best of times. Funds are most often project-based, and overreliance on short-term grants sets in motion a treadmill that saps organisational resources for institutional consolidation, instead cultivating a profile that reflects sponsors’ fads and fashions. Moreover, questions over their transparency and independence from funders are a frequent challenge for think tanks.

A second factor impinging on think tanks is strong competition from other knowledge providers. Advances in telecommunications and social media have fundamentally altered the environment in which think tanks communicate their research, opening spaces for competitors. Today there is more “interchangeability between the think tank public intellectual and the academic public intellectual” with the pressures of impact agendas. Hence, many universities have established their own dedicated applied policy research centres. In such a context, the line between an academic department and a “university-affiliated think tank” (as listed in the GoTo Index) has become blurred.

Likewise, many of the world’s leading NGOs, including Amnesty International, have developed solid in-house capacity for policy research, as have some large commercial and central banks. Business associations (like the Confederation of British Industry), large management consultancies (such as PwC), and professional bodies are better able than in the past to promote their policy perspectives with in-house research units.

International organisations also deliver recommendations with a style, format and intent similar to that traditionally associated with think tanks. The IMF, not listed in the GoTo index, is a good example. The OECD, often referred to as the “developed nations’ think tank,” is listed in the lower scales of the index. By contrast, the World Bank Institute, a capacity-building and training unit, appears in the index as a leading government-affiliated think tank, when the core of the World Bank’s policy research and analysis is found in the Development Economics Group.

Such issues in differentiating think tanks from comparable organisations stem from the ambiguity of the think tank itself and are compounded when new actors seek to occupy the space at the interface of expertise and policy. Individual experts and policy wonks – whether based at universities, think tanks, or working as independent consultants – are no longer as reliant on employment with intermediary organisations to broker their work in policymaking circles. Today, university researchers and public intellectuals can circumvent think tanks and academic journals, taking their policy analysis directly to social media in the hope to attract the attention of internet-affine policymakers. Media platforms such as YouTube and Ted-Ex, and blogs such as this one, give policy experts public exposure, even if they may be ignored or unheard in policy communities.

The third major challenge think tanks face is linked to that very interface between expertise and policy, embodied in the rise of so-called “post-truth” politics. Parallel to the perceived failure of policy experts to make sense of the (economic, political, environmental) crises of recent years, their advice has lost purchase across many publics. More worryingly, in a context in which experts are discredited, policymakers might not feel the need to seek external counsel or validation. This has led members of organisations as influential as the Heritage Foundation to ponder the possible “death” of the think tank.

Despite the think tank label retaining some cachet, maintaining the academic quality and reputational competence associated with universities, or the technical proficiencies of professions such as law, requires significant investment. Very few independent think tanks can sustain such costs, with many no longer having the desire to invest heavily in their technical and academic competence, as digitised (new) media generates demand for celebrity policy wonks, possibly more noted for their contribution to ‘info-tainment’ than for their scientific pedigree.

Nevertheless, think tanks do retain some competitive advantages. The rapid proliferation of knowledge complicates the absorption of information among policymakers. To put it simply, there are limits to the quantity and diversity of knowledge that government actors can make sense of, especially in states hollowed out by austerity programmes and burdened by ever-higher public demands. Managing the over-supply of (occasionally dubious) evidence and policy analysis from research-based NGOs, universities and advocacy groups has become a problem of governance. But this issue also opens a space for the reinvention of think tanks.

With information overload comes a need for talented editors and skilled curators. That is, organisations as much as individuals which help those within policy processes to discern the reliability and usefulness of analytic products. Potentially, think tanks could transform into significant standard-setters and arbiters of quality of 21st century policy analysis. If they do not, they risk becoming just another group in the overpopulated ‘post-truth’ policy advice industry.

This article appeared originally on the LSE Impact Blog. The headline has been altered.  It was reprinted under the Creative Commons license. 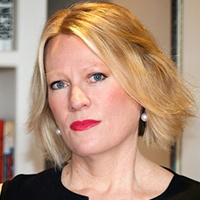 Hartwig Pautz
Hartwig Pautz is lecturer in social sciences at the University of the West of Scotland.
View all by this author