The Canada Emergency Wage Subsidy will need to be adjusted to account for a slower rehiring of many workers. There are three options to consider. by Amin Mawani June 24, 2020
Share

The Canada Emergency Wage Subsidy (CEWS) program may need redesigning to adapt to the partial reopening of the economy. At the start, the federal government likely envisioned three or four months of more or less complete lockdown followed by a complete reopening of the economy, forming a V shape on a graph. But now it appears that fear of the virus and the possibility of its spread will probably continue until there is an effective vaccine, until we can take an antiviral that reduces the severity of symptoms or until the population develops herd immunity. In the meantime, we will continue to experience insufficient demand for activities requiring close physical interactions (such as restaurant dining, airline flights and retail shopping) and deficient supply of things compatible with social distancing (such as communications technology and deliveries). The graph now looks more like a U.

With schools closed until September, parents may not be able to fully return to work, nor will they want to venture out as much for nonessential trips. To implement social distancing, restaurants may be allowed to open at only half capacity so that customers can be seated further apart. Welcoming fewer customers means restaurants will recall their employees for fewer hours. Bricks-and-mortar retail businesses will also recall employees for fewer hours to match the gradual return of customers, who may be reluctant to touch or try out clothing or other consumer goods. Dentists are required to separate their patients more and allow only one or two patients in the waiting room, requiring fewer hygienists and dental assistants at any given time. Office workers will likely continue to work remotely, thereby reducing the working hours of support staff in office towers.

How the CEWS works now

The CEWS offers eligible businesses a wage subsidy equal to 75 percent of either actual wages paid or pre-crisis wages, whichever is greater, to a weekly maximum of $847 per arm’s-length employee. Originally scheduled to last from March 15 to June 6, at a budgeted cost of $73 billion, it has now been extended until August 29. As of June 15, the CEWS had paid out only $13.28 billion to almost 224,000 unique applicants, with over 98 percent of applications approved. The high approval rate is not surprising since it is reasonably easy for applicants to show they meet the central criterion, a decline in revenues of at least 30 percent (15 percent during March). Businesses bear the risk of not getting reimbursed by the CEWS if they assess this criterion incorrectly.

Under current rules, an employee who earned $1,000 per week before the pandemic would receive a $750 wage subsidy (without any top-up wages from the employer) while not working during the lockdown. If this employee then returns to work half time, they would earn $500 weekly for working half the time, compared with $750 weekly for not working at all during the lockdown. Employee motivation could easily be eroded in such circumstances.

As the economy reopens, CEWS rules could be redesigned to offer a partial subsidy for only the missing work hours. Germany’s successful Kurzarbeit (“short work”) scheme, for example, focuses only on missing work hours. It subsidizes 60 percent of employees’ after-tax wages for missing hours for up to 12 months. Because Canada’s 75 percent subsidy is taxable and Germany’s 60 percent subsidy is not, the two are approximately equivalent.

The long duration (12 months) of the German program allows for a gradual reopening of the business when the bottom of the U-shaped recovery is drawn out. It pays nothing if the employee misses no working hours at all, whereas the CEWS program offers subsidies even when some employees return to work full-time, as long as their employers meet the revenue reduction threshold.

One option for the CEWS would be to focus on missing work hours by paying 75 percent of pre-crisis wages (up to $847 per week), minus the actual wages paid during the week. In my example of an employee working half the hours for $500, the subsidy could amount to $250 (75 percent of pre-crisis wage of $1,000, minus $500 in wages earned). From the employee’s perspective, income during lockdown in this context is $750 for no work, and it remains at $750 for half the working hours during partial reopening. In this scenario, working no longer pays less than not working — but the lack of incremental financial incentives to return to work may still be demotivating.

A second way to boost incentives to work would be to change the starting point of the CEWS rules: from 75 percent of pre-crisis wages to 100 percent of pre-crisis wages. Such rules would allow the employer to pay $500 for earned half-time work from business revenues plus $500 from the CEWS for the missing work hours (100 percent of $1,000 pre-crisis wages, minus $500 wages earned). Now the employee has an incentive to return to work: $1,000 for working, compared with $750 for staying in lockdown. However, the employee may still not have incentives to find ways to work more than half-time — by offering their employer ideas for generating more business or increasing opening hours, for instance — since even full-time work would not increase their total compensation.

A third option could be aimed at improving an employee’s incentives to work longer hours and to help expand their employer’s business. The CEWS could change the starting point from 75 percent of pre-crisis wages to 85 percent of pre-crisis wages. This would allow the employer to pay the employee $500 for earned work (in my example) plus $350 as a subsidy for the missing work hours (85 percent of $1,000 in pre-crisis wages, minus $500 wages earned). The employee would earn $850 by going back to work, compared with $750 for not going back, but they also have incentives to work more hours since total compensation could increase to the pre-crisis level of $1,000 if they work full-time.

The second and third options would safeguard CEWS resources since the subsidy would apply only to working hours missed because of lockdown. Employers would start paying out of their own business revenues for actual hours worked, now that the economy has reopened at least partially for all businesses. In exchange, the criterion of a 30 percent decline in revenue could be eased to 20 percent, and the program could require documented evidence of missing work hours for each employee and pre-crisis revenues. A revenue decline criterion is still necessary to prevent employers that have not suffered loss of business from applying for the subsidy. For example, a restaurant could enjoy more online and takeout sales with fewer employees, and it may not be eligible for a wage subsidy without documenting the requisite decline in monthly revenues.

Helping employers to replace missing wages for their workers is an important function of the CEWS. Its emphasis has been on the average wage earners who would experience economic hardship without a subsidy. Businesses receiving CEWS subsidy as of June 15 had applied on behalf of employees who were earning an average of $737 per week (or $38,342 annually) before the pandemic. (The average annual wage of Canadians in 2019 was $52,600.) These lower-than-average-wage employees probably spend all of their earnings on the necessities of life; they are least able to work remotely; and they are more likely than other workers to have lost jobs during this pandemic.

Adapting the CEWS for a gradual reopening would attract more applicants to this generous program and allow businesses to resume operations as quickly as customers return, thereby replenishing both business profits and government tax coffers sooner. 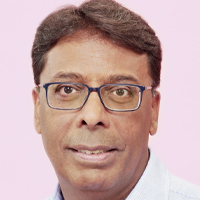 Amin Mawani
Amin Mawani is an associate professor of taxation at the Schulich School of Business at York University in Toronto. His research focuses on tax planning and tax policy.
View all by this author
X