Mongolia as a Canada-North Korea intermediary

Mongolia has had a close relationship with North Korea since 1948, and also has ties with Canada. It’s a good choice for intermediary during upcoming talks. by Julian Dierkes, Chimguundari Navaan-Yunden December 20, 2017
Share

Next month, the nations who sent troops to the Korean War, as well as Japan, India and Sweden, will meet in Vancouver in a bid to increase international pressure on North Korea (officially the Democratic People’s Republic of Korea, or DPRK). Ultimately, this pressure campaign by the so-called “Vancouver Group” is intended to lead to talks that include the North Korean government. To make progress toward this goal, Mongolia, a trusted near-neighbour to North Korea that maintains good relations with other countries in East Asia, is an obvious intermediary for Canada.

Clearly, the world is concerned about the North Korean trajectory but also about the poisonous standoff between US President Trump and the DPRK leadership. The “North Korea problem” has taken on a global dimension, as was evident at recent ASEAN and East Asian Summit discussions. It is also a source of simmering tension between the US and China. Any initiatives that manage to change the tone or substance of discussions even slightly will likely be welcomed by the world as progress.

Others are in a much better position to comment on the potential for Canada to make a useful contribution. For example, Marius Grinius, a former Canadian diplomat, has been making the case for Canadian involvement. His argument and those of others hinge on the history of Canada’s engagement with North Korea (up until the Stephen Harper government), and on Canada’s relative lack of involvement in recent conflicts.

The long-term prospects of any initiative centre on the possibility that the DPRK would join the discussions at some stage. While that may not be contemplated for the meeting that has been announced by Canada, any initiative that does not eventually involve all parties seems pointless.

Clearly, this potential is difficult to estimate, not least because the North Korean government has been erratic in its commitment to participation in discussions. But what is equally clear is that anyone who plans such discussions needs to take into account that the DPRK government sees itself as unfairly singled out for developing technologies that the US and others possess and that it thinks are a necessary response to threats. Any context for discussions that is perceived in Pyongyang as being yet another opportunity for other powers to collectively berate the regime on a basis that it does not recognize is unlikely to lead to even the beginning of genuine discussions.

Mongolia a promising contributor to solutions

There have been suggestions that an approach through the Cuban government might be productive for the Canadian initiative. This argument is based on Canada’s successful brokerage in the short-lived Cuba-US rapprochement, and on Havana’s long-standing fraternal relationship with Pyongyang. This strikes us as far-fetched.

But there is an obvious location and co-organizer for overtures to North Korea: Mongolia. The country has maintained a close relationship with North Korea since 1948 that has continued since Mongolia’s embrace of electoral democracy and a market-based economy in 1990. Deep ties that resulted from the safekeeping of thousands of North Korean children in Mongolia during the Korean War have endured. Exchanges on all levels of government, but also between the militaries and between other social actors, are reinforced by food aid that has been targeted at North Korea through Mongolia’s International Cooperation Fund. Relations are cordial and include personal contacts between officials. The most relevant event demonstrating this relationship has been the Ulaanbaatar Dialogue, which met for the first time in 2014 as a forum for regional security dialogue involving government officials as well as scholars and international civil society representatives. In June 2017, the fourth Ulaanbaatar Dialogue convened more than 150 participants, including individuals from all stakeholders in the Korean Peninsula tensions. After initial opposition from the US, American participation has grown, and Global Affairs Canada sent a delegate from Ottawa for the first time in 2017. The DPRK was represented by Deputy Foreign Minister Ri Yong-Ho, who had led North Korea’s negotiations in the Six-Party Talks.

Apart from public sessions that were the formal program of the Dialogue, Ri was seen entering private meeting rooms with representatives from virtually all participating countries, including Canada. At times, discussions turned confrontational, including a moment when a South Korean academic referred to the North Korean government as a “feudal dynasty.” The threatened walkout by the North Korean delegation was avoided only through the intervention of the Mongolian moderator, who was able to steer discussion away from “name-calling” to substantive issues, even when these were points of disagreement. Yet a breakdown was avoided, demonstrating the level of trust that North Korean officials seem to have with Mongolians.

Canada’s relationship with Mongolia has recently expanded beyond commercial ties, primarily in the resource sector. A Foreign Investment Promotion and Protection Agreement was reached last year, and the two countries are vying for UN Security Council seats in consecutive elections. Canada and Mongolia worked together between 1990 and 1993 as part of the Canadian-led North Pacific Cooperative Security Dialogue, which also involved North Korea and the other members of what later came to be called the Six-Party Talks.

Given the still-unclear Canadian initiative toward North Korea, all options should be considered. A degree of reliance upon Mongolia as an intermediary and potential host has some promise to sustain a constructive contribution to the North Korean challenge, whether through an expansion of the Ulaanbaatar Dialogue or through further Canadian initiatives. Julian Dierkes
Julian Dierkes is a sociologist at the School of Public Policy and Global Affairs, University of British Columbia. His research focuses on digital diplomacy, Japan’s education system and Mongolia’s political development and mining policy.
View all by this author 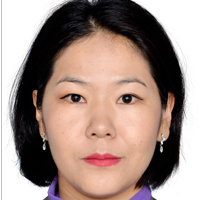 Mongolia as a Canada-North Korea intermediary