#MeToo has come to Parliament Hill, but no change will come until the Parliamentary privilege rules are amended. by Kalin McCluskey, Michael Read April 16, 2018
Share

The worldwide chorus of #MeToo has been duly noted on Parliament Hill. Many former political staffers and Hill denizens are quick to criticize the status quo. The Hill’s hallowed halls are filled with instances of staff of all partisan leanings, genders and orientations facing harassment in their workplace. The names and parties change, and yet the stories tragically remain the same. Just as no party has a monopoly on virtue, no party has a monopoly on vice.

To suggest, however, that this narrative is new, or that the workplace issues on the Hill can be contained and addressed through caucus management or party protocols, is to be blind to the source of the problem. To further suggest that staff must themselves rise up and create a new normal is to ignore the biggest challenge and the most significant contributor to the disregard of staff well-being: parliamentary privilege. Addressing these challenges requires reflection upon the roles of those who work on Parliament Hill.

As a workplace, Parliament Hill is not guided by best practices or sexual harassment policies drafted by an in-house human resources or legal department. It is a workplace where staffers are inherently secondary to the parliamentarians — the senators and MPs — by virtue of parliamentary privilege. This privilege is fundamentally part of the institution — and incompatible with the labour rights found in non-parliamentary environments.

Parliamentary privilege, under the Parliament of Canada Act, is an amorphous catch-all of rules, policies, conventions and procedures that allow parliamentarians to perform their duties without personal repercussions. Included in this catch-all, for example, is immunity from civil action for defamatory statements made in the chamber. Parliamentary privilege is also the source of the hiring system on Parliament Hill: namely, at-pleasure service. There are few workplaces left in Canada where people serve purely at the pleasure of their bosses and can be dismissed without notice, pay, reason or recourse.

Parliament Hill is a workplace where staffers are inherently secondary to the parliamentarians — the senators and MPs — by virtue of parliamentary privilege.

In contrast to other workplaces, any policy or procedure set up internally on the Hill is ultimately castrated. One cannot fire a member of Parliament the way even a CEO of a successful company can be fired. Parliament is not the MP’s employer; the constituents are. When they elect MPs, they essentially give them a renewable term employment contract. The last serious conversation about recalling MPs was in the early 1990s and it ended when the Reform Party dissolved. While some parties do have mechanisms for addressing staff complaints and concerns, they are ultimately a facade and give false hope to workers in perhaps the most challenging of situations: being harassed or even abused by your boss with no recourse. Barring criminal conviction, there are no grounds to expel parliamentarians from the Commons or the Senate. Parties may expel members and senators from caucus, but these parliamentarians can stay on as Independents and maintain their privilege unencumbered by party discipline.

The rules exist to facilitate the work of the parliamentarians. Staff are merely there as support. In terms of rights, they’re as significant as furniture but more easily replaced. The rules do not acknowledge or consider the basic needs and well-being of other humans employed to help parliamentarians perform their duties. There’s not even any way to keep harassing parliamentarians out of victimized staffers’ workspaces, because parliamentary privilege includes unfettered access to every nook and cranny on the Hill. The Supreme Court essentially upheld the notion that Parliament can police its own in 2005 when it ruled in favour of Satnam Vaid, a chauffeur, in his complaint against the Speaker of the House of Commons at the time, Gilbert Parent. This decision allowed Vaid’s complaint to move forward but ultimately relegated it to be resolved through the House’s internal remedies.

Canada’s Parliament as an institution views an entire cadre of people, the political staff, as insignificant compared with the politicians they serve. To suggest, as many have in recent weeks, that the answer to #MeToo on the Hill is party policies or activism by staffers is to disregard the fundamental challenge on the Hill: how does a group of typically young, precariously employed people with no job security stand up to parliamentarians who abuse their privilege and, more importantly, the persons around them with impunity? Ultimately, it’s not up to the oppressed to make things right or better.

The situation on Parliament Hill is one without easy answers or an easy way forward. The idea of privilege is fundamental to the functioning of our Parliament, and yet it presumes that parliamentarians act honourably at all times. Power corrupts, and Parliament Hill is not immune. As former staff, we expect no changes to come unless and until the prime minister, the opposition party leaders and the Clerks of both the House of Commons and the Senate move forward publicly with addressing and amending the rules that privilege parliamentarians at the expense of the staff they depend upon. Kalin McCluskey
Kalin McCluskey is a PhD candidate at the University of New Brunswick studying health and aging policy. She served as director of policy to a cabinet minister during the Harper government.
View all by this author 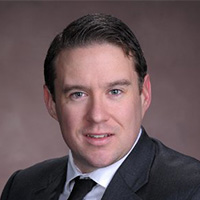 Michael Read
Michael Read earned a PhD from the Catholic University of America. He served as senior policy adviser to a Conservative senator for 14 years.
View all by this author
X