The Kinder Morgan pipeline will affect BC’s environment and economy. With a balanced approach the province can ensure it works for BC and Canada. by Rehnuma Jahan Islam, Christopher Raftis, Peter Lunka, Sinéad Stinson April 4, 2018
Share

The $7.4-billion Kinder Morgan Trans Mountain pipeline project would be an expansion of a pipeline that originates in Alberta and terminates in the heart of Metro Vancouver. While the pipeline is principally within federal jurisdiction, provincial approval is required. In 2016 the Liberal government of British Columbia was required by the Supreme Court of BC to review the project. Consequently, BC’s Environmental Assessment Office (EAO) issued a provincial environmental certificate in May 2016 with 37 binding conditions to be met prior to construction. The federal government’s approval followed the National Energy Board ruling that the pipeline is in Canada’s public interest.

BC’S NDP government is in a difficult political position as it likely does not have the constitutional jurisdiction to stop the project; it faces not only divided public opinion but also the risk that the Green Party will withdraw support for its leadership. An Angus Reid survey in February 2018 found 49 percent of Canadians support the project, and 51 percent are against or unsure. In BC, 52 percent of residents think the BC government does not have the right to delay the project, whereas 48 percent of residents believe the BC government is justified in doing so.

BC bears most of the risk with few of the benefits. The diluted bitumen will be shipped from BC’s coast and the majority of the pipeline is within BC. The pipeline expansion will triple the amount of bitumen shipped through BC waters, increasing the risk of tanker spills. The impact of a diluted bitumen spill on the aquatic ecosystem and the potential for cleanup are not well known. BC residents have strong environmental values and have expectations that the environment will be protected. Kinder Morgan has offered BC a revenue-sharing agreement of up to $50 million a year and $23.2 million a year in property taxes, but these amounts do not adequately address BC’s environmental risks.

The long-term impact of the pipeline on BC’s economy is also not clear; there are estimates of 50 permanent jobs and 800 to 2,000 spinoff jobs during the first 20 years. While there will be a considerable number of short-term construction jobs, there is a strong likelihood that many of these jobs will be filled by workers from outside BC, as there is currently a shortage in the labour market because of large infrastructure and housing projects in the province.

British Columbia and Canada have a legal obligation to ensure that First Nations have been properly consulted regarding major projects that may affect them. While some First Nations have reached Impact Benefit Agreements, most have not, and First Nations have launched multiple court cases citing inadequate consultations and environmental impact assessments.

Ensuring a prosperous economy for BC and Canada is a priority, along with our responsibilities to protect the environment and respect Indigenous rights. We propose policies that address each of these priorities, keeping all three in balance, and ensuring that BC receives benefits that are commensurate with the risks.

Municipalities impacted by this project need greater assurance that they will receive sufficient revenues to help address the risks they bear and that they will receive benefits from the pipeline operation. We recommend that the province increase property taxes on all new pipelines by 25 percent so that these tax revenues reflect the greater risk and burden placed on fire protection and emergency services. The additional revenue generated would be spent at the discretion of the municipalities. We estimate the increase in property taxes would generate an additional $116 million above the current $464 million over 20 years for BC municipalities along the pipeline route. We recognize that this might be a modest increase, but it is a step in the right direction and lays the foundation for negotiations between affected communities and proponents of this project and future projects.

Though the province has already issued its environmental assessment certificate, the process leaves room for strengthened environmental protection. Included in the 37 conditions that must be met is the creation of various plans and programs to protect the environment. These conditions establish priorities and obligations but stop short of setting specific environmental protection requirements. The EAO should establish specific benchmarks that the proponent must meet for each of the 37 conditions. For example, conditions 33 and 34 require Trans Mountain to develop terrestrial and coastal response plans. The EAO should include specific response times that must be met to satisfy these conditions.

The BC government should also strengthen the environmental assessment compliance process for this project and future projects. The EAO should select consultants to complete compliance work, based on requests for proposals (or terms of reference) provided by the project proponent. This process would remove any real or perceived conflict of interest between the company completing the project and the consultants. Reporting should be the responsibility of both the proponent and the consultants conducting the monitoring to meet compliance obligations.

We suggest that the government introduce legislation that requires the establishment of a publicly available baseline of social, economic and environmental impacts on each First Nation community that does not have an Impact Benefit Agreement and for all new projects prior to provincial approvals. The creation of a baseline builds on the current approval process and should incorporate local and Indigenous knowledge, providing a foundation from which any adverse impacts on the community can be measured accurately, thus providing a basis for damage assessment. Guaranteed capacity funding for First Nations from the proponent should also be required. While these provisions may be seen as adding to project timelines and costs, we argue that the approval process would be more predictable than what we see today, lessening the likelihood of legal challenges.

Our implementation strategy is based on the urgency of the need for action.  For immediate action, it is recommended that

For medium-term action, it is recommended that

This plan complements the changes taking place at the federal level. Specifically, our recommendations are in line with the Recognition and Implementation of Rights Framework and provisions under consideration for the new Impact Assessment Agency of Canada. They incorporate BC’s interests in a way that helps balance the benefits and costs of the pipeline.

Kinder Morgan’s Trans Mountain pipeline expansion is only one of many projects that will affect British Columbia’s environment, its economy and its Indigenous and other communities, but it is a high-profile case with significant political stakes. By taking a balanced approach, the BC government can demonstrate its ability to establish a process that works for British Columbians and Canada.

This article is derived from the presentation by the winning team in the 2018 National Public Administration Case Competition. Thirteen teams of students from universities across Canada prepared policy options and recommendations to address the British Columbia government’s response to the expansion of a major oil pipeline crossing the province.

Photo: Federal Green Party Leader Elizabeth May, centre, is arrested by RCMP officers after joining protesters outside Kinder Morgan’s facility in Burnaby, BC, on Friday March 23, 2018. The pipeline is set to increase the capacity of oil products flowing from Alberta to the BC coast to 890,000 barrels from 300,000 barrels. THE CANADIAN PRESS/Darryl Dyck. 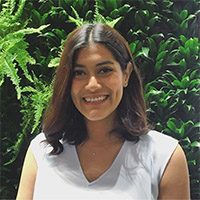 Rehnuma Jahan Islam
Rehnuma Jahan Islam is a candidate for the master’s degree in public policy at Simon Fraser University, with an MA in economics from Carleton University. She is interested in social, workforce development and trade policies.
View all by this author Christopher Raftis
Christopher Raftis is a candidate for the master’s degree in public policy at Simon Fraser University. He is interested in environmental policy, economics and climate change mitigation and adaptation.
View all by this author Peter Lunka
Peter Lunka has a background in water resources and environmental consulting. He is studying public policy at Simon Fraser University and intends to further his career in the field of environment and energy policy.
View all by this author Sinéad Stinson
Sinéad Stinson is a candidate for the master’s degree in public policy at Simon Fraser University and holds a BA in geography from Thompson Rivers University. Her policy interests include transportation, Indigenous rights and social policy.
View all by this author
X