COVID-19 responses are full of the “plastic word” resilience, a feel-good narrative that ignores the structures and systems that cause the trauma. par Michael Orsini 19 octobre 2020
Partager

Please, I implore you. Can we just retire the term resilience?

This might seem like a strange request, but I can’t muster the, uh, resilience to endure prolonged exposure to this “plastic word.”

German linguist Uwe Poerksen described the emergence of a plastic vocabulary that has become ubiquitous, so much so that these words are devoid of meaning. Resilience is a prime candidate.

Moulded for maximum appeal, plastic words crop up everywhere, from scientific to popular discourse. We are all supposed to know what these words mean. Upon closer view, however, it’s not exactly clear what they mean.  As Poerksen explains in his book Plastic Words: The Tyranny of a Modern Language, they are the “everyday prison of perception. They are handy, and they open doors to enormous rooms. They infiltrate entire fields of reality. And they reorder that reality in their own image.”

Popularized by developmental psychologists who were trying to understand how children overcame disadvantage, the term “resilience” has penetrated every corner of public discourse. Resilience is that “silver lining,” the positive residue left from trauma and tragedy. We are exhorted to be or become resilient, to summon the inner strength to deal with what life has flung our way. Develop the capacity to deal with adversity and, presto, you can bounce back stronger than ever. Of course, it seems almost silly to oppose resilience. After all, what is the alternative? Getting stuck?

The COVID-19 pandemic has revved up the resilience industry. Kids who were forced out of school and confined to their homes in March are expected to return to class – in whatever form that takes – ready and eager to learn. Their parents are supposed to be resilient, too, there to help them adjust to the new normal, even if those same parents are struggling themselves – working from home if they can, or required to report to work if they are essential workers.

And the Trudeau government’s recent speech from the throne – titled “A Stronger and More Resilient Canada” – was all about “building back better,” borrowing a phrase from Democratic presidential candidate Joe Biden. In August, the federal government even announced its “Investing in Canada Infrastructure Program,” which allows provinces and territories to access funding for “pandemic-resilient infrastructure projects.” This would include supports for schools, hospitals, and walking paths – programs that would be worthy of public support in non-COVID-19 times.

What if resilience is just another way of saying “get over it”? What if a positive attitude is not enough to pull you out of poverty? What if dealing with hatred and racism is not made better by just not letting it get to you? What doesn’t kill you makes you stronger, right? It might not kill you, but it can harm you in ways that might make you feel like you would be better off dead.

Julie Lalonde, Ottawa author of the aptly titled Resilience is Futile, describes being stalked for several years by an ex-boyfriend. She says sexual assault survivors are ensnared in the “double bind” of resilience: “The few women who decided to report to police lived in a double bind. They had to look bad enough for their trauma to be taken seriously, but not be too much of a mess or else risk being seen as crazy and unstable. It wasn’t enough that women were subjected to discrimination, violence, and neglect, I realized. We also had to perform our trauma in a very precise way in order to get any semblance of justice.”

The resilience industry is rooted in an individual model of change, one that leaves untouched the structures and systems that are responsible for the trauma in the first place. Children growing up in under-served communities would not have to “overcome” their environments if their schools and neighbourhoods had the resources they deserved. Indigenous people would not need to become resilient in the face of colonial dispossession had they not been forced into residential schools or had their land occupied. As disability studies scholar Eli Clare reminds us, the language of “overcoming” is deeply ableist, as well, implying that people can will things away if they just work more or try harder.

The idea that recovery from trauma or disadvantage builds character is particularly odious because it marks certain communities as needing adversity to toughen them up while allowing others to simply go about their privileged lives.

Some commentators link the arrival of all things resilient with contemporary capitalism. “Neoliberal citizenship,” says Mark Neocleous, “is nothing if not a training in resilience as the new technology of the self: a training to withstand whatever crisis capital undergoes and whatever political measures the state carries out to save it.”

The idea that recovery from trauma or disadvantage builds character is particularly odious because it marks certain communities as needing adversity to toughen them up while allowing others to simply go about their privileged lives. The narratives that swirl around resilience often invoke stories of strength in the face of adversity, telegraphing that you, too, can shake off the cumulative cycle of disadvantage.

And resilience crosses the ideological divide: it serves progressive ideas of success “against the odds” as well as more conservative notions of individual grit and “pulling oneself up by the bootstraps.”

As New York Times book critic Parul Sehgal discussed in the wake of US campus protests to decry racism, resilience can devolve into a discourse of blame when it suggests people just need to toughen up: “What seems to me to get people through these kinds of trauma are other people. It is an ability and an opportunity to talk about one’s pain. It is an opportunity to be vulnerable and to change and dictate the course of one’s life.”

Resilience is even used to refer to structures that can withstand environmental catastrophe. Focusing on buildings that are tough enough to recover from weather-related calamities neatly sidesteps the real issue: climate change. Sustainable buildings are only as “sustainable” as the world in which they find themselves: a resilient building is no match for a world upended by the perils of climate change. Similarly, a resilient person is powerless in the face of structures that need to be dismantled, not reinforced.

It’s not surprising that many, including elected officials, take solace in narratives of resilience and recovery. They lift us out of the pit of despondency. But we need to collectively challenge some of these policy responses that are grounded in notions of resilience. These feel-good stories of “building back better” or “overcoming adversity” provide only temporary comfort. They mask problematic assumptions about the relative capacity of individuals to confront structures and conditions that are not of their own making. 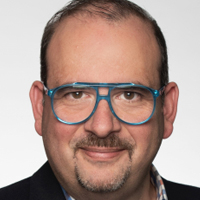 Michael Orsini
Michael Orsini is a professor in the Institute of Feminist and Gender Studies and the School of Political Studies at the University of Ottawa, where he specializes in critical approaches to the study of public policy.
Tous les textes de l’auteur(e)
X