Looking ahead to the 43rd Parliament

The 43rd federal election has come to a close. At his first press conference after election night, Prime Minister Justin Trudeau stressed that he and the Liberals have a lot of reflecting to do. He said it so often, in fact, that Carleton Journalism Professor Josh Greenberg called this the “reflection re-election.”

What does reflection entail? For starters, it means Prime Minister Trudeau and his team will be hard at work deciding on who has a voice in the new cabinet and how the parts of Canada without Liberal MPs will be represented. But there’s a lot more going on behind the scenes, from crafting mandate letters to choosing policy priorities.

And it’s not just Mr. Trudeau who will want to hit the ground running. In a minority Parliament, even a fairly stable one, each party is going to have to think strategically. When will they play ball and when will they take a stand? Do they stick with their leader or is it time for a change? What is their endgame?

This week we bring you the final conversation from Policy Options’ election 2019 breakfast series, as Yolande James, Brian Topp and Elizabeth Roscoe discuss what awaits Canada’s 43rd Parliament. This event series is held in partnership with the Max Bell School of Public Policy, sponsored by the CBC, and broadcast by CPAC.

Brian Topp
Brian Topp is a strategist and writer. He is a partner in Guy, Topp & Company; a fellow of the Public Policy Forum; and a Broadbent Institute Board member
Tous les textes de l’auteur(e) Yolande James
Yolande James is a lawyer-mediator and a political commentator on Les ex, RDI, and on Power and Politics, CBC. Previously, she served as a member of the Assemblée nationale du Québec, from 2004 to 2014.
Tous les textes de l’auteur(e) Elizabeth Roscoe
Elizabeth Roscoe is a senior vice-president and practice leader in public affairs at Hill+Knowlton Strategies Canada in Ottawa. She is a board member of the Institute for Research and Public Policy (IRPP), the Ottawa Hospital Heart Institute Foundation, Futurpreneur Canada, and the American Chamber of Commerce in Canada.
Tous les textes de l’auteur(e) 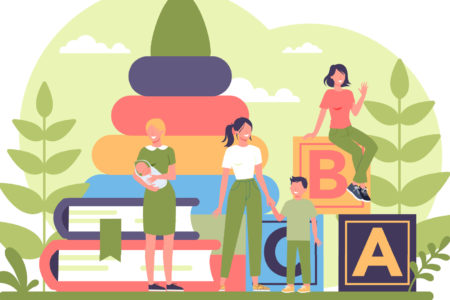 The future of child care in Canada: What to expect

Will the 2021 federal budget position Canada to emerge strongly from the pandemic?