To break the climate impasse, Ottawa could raise the GST and spend revenues on green investments. This would be paired with a cap on emissions. par Jatin Nathwani 17 octobre 2018
Partager

The rejection of the Trans Mountain pipeline approval by the courts and the angry response by Alberta to withdraw from Canada’s climate plan has set in motion a high-octane drama with no happy ending in sight. Provinces see an opportunity to flex their muscles, engage in a tit-for-tat bargaining game with the federal government – a game that could ultimately scupper the Pan-Canadian Framework on Clean Growth and Climate and undermine the national capacity to meet our international obligations under the Paris Accord.

We need to re-examine the narrative that a carbon price on emissions is the only pathway to a low-carbon economy. A clear option is available to the federal government to side-step provincial government opposition, create a national pact with all citizens and avoid unnecessary confrontation with the provinces. A tax on consumption paired with a cap on emissions, and a trustworthy governance mechanism to oversee it, are the essential elements required to break this logjam. I refer this as a “cap-and-invest” strategy.

The shortcomings of a cap-and-trade approach are well known: they have not delivered the robust price signals required for investment certainty. A carbon tax set too low is essentially ineffective. A carbon tax based on the producer-pays principle is often challenged vociferously by industry. Varying levels of taxation levels across the provinces lends credence to the industry warnings of a loss in trade competitiveness and job losses.

But a cap-and-invest strategy is a promising option – it is a carrot-and-stick approach that defangs some of the objections to a steep carbon tax. The carrot gives business and industry the incentive of a reliable source of low-cost capital for investment to help them pivot toward low-carbon opportunities. These would include net-zero emission buildings, electric transit, very efficient appliances, industrial efficiency, as well as energy generation from hydro, wind, solar or nuclear. The stick is the requirement for compliance with emissions targets. The targets, which would be set by the federal government and embedded in legislation, would become national goals: they would be commitments and would be monitored and reported on annually to provide clarity on national performance. This would represent a predictable step ladder to achieving a low-emission economy.

The GST would be increased two percentage points to 7 percent. Roughly $20 billion in revenues would be generated annually (estimated using the latest figures on GST revenues in the Public Accounts of Canada), and would become the primary source of public sector capital available for investment. When leveraged with private sector capital, this would be a powerful driver of change.

There is a political reality that must be confronted: There is limited, or perhaps even no, enthusiasm for increased taxes. If, however, citizens can gain confidence that a trustworthy governance framework is in place to protect the GST revenues for investment in solutions to meet climate change goals, then public opposition would subside over time.

Why is a tax on consumption better than a carbon tax?

A tax on consumption spreads the burden of fairness across all Canadians. Negative impacts of the GST increase on certain industries, sectors or communities can be readily mitigated. For example, GST refunds are already provided for low-income Canadians, and there are exemptions on items such as some basic groceries and food in schools.

Moving our economy in the right direction is necessary, but aspirational targets will not be met without significant new resources. Businesses and industries will need all the help they can get to remain competitive. Given the different levels of economic dependency on fossil fuel resources across Canada, redirecting revenues from the GST increase to investments in low-carbon solutions will create new opportunities.

Deep decarbonization of the entire economy is not possible without significant new resources. Existing budget allocations, by definition, are committed to meeting current needs. Governments are reluctant to reduce support to hospitals, schools and other critical services. Raising the national debt or deficits is an option but with limitations. An increase in the GST to 7 percent would simply shift 2 percent of our consumption to investment within Canada to help meet a global environmental objective.

Access to a large source of low-cost capital (or debt-financing) is a powerful incentive to reshape investment patterns of industry. Once the GST is baked into our consumption patterns, it becomes a reliable source of investment capital. The tax does not differentiate between carbon-heavy and carbon-light consumption, and it does not impose more burdens on one geographic area, industry, community or individual over another. A small tax on our total national consumption would be a leveler, across the economy.

One serious objection to public acceptance of a tax is its purity of purpose. Deep-seated skepticism that new tax revenues will disappear into general government revenues or pork barrel politics are a legitimate concern. Public acceptance is achievable if a transparent and effective management system can be put in place to ensure long-term objectives are not sacrificed for short-term political gains.

The emission targets would be firm legislated limits, and fixed levels of GHG reductions provide the way to measure success. For example, with existing environmental emissions from cars or industrial facilities or releases into lakes and rivers, there are clear legal restrictions and allowances. In this way the greenhouse gas emissions of the entire economy would be brought under an open and transparent system of management.

An environmental trust fund, established by legislation, is one way to create a sustaining framework for decarbonization of the economy. For example, an arms-length entity similar to the Canada Pension Plan Investment Board could provide the requisite degree of probity for managing the investment challenge. It would oversee the dispersal of the funds to finance a large portfolio of low-carbon projects and initiatives, while maintaining an auditable trail of the effectiveness of the reductions. Such an agency, separate from normal government operations, would have a clear mandate to report to Parliament on how successful Canada is in meeting the national emissions targets. It would be obliged to report on how each of the funded investments are doing in terms of one measure: reduction of GHGs.

The main climate change problem is that it is a question of intergenerational burdens. Therefore, a comprehensive long-term view is necessary, and a clear strategy based on good governance is a key requirement for us to be able to advance the dialogue on this complex public policy issue. This is constructive approach to solving the problem of climate change that is also consistent with our values of promoting environmental sustainability.

The authority vested in the federal government to make international commitments as part of the climate change negotiations and to set a greenhouse gas emissions reduction target is not in question. Similarly, the authority of the federal government to increase the GST is not in question. Provincial government co-operation would be helpful, but provincial consent for an increase in the GST is not necessary. This increase in tax should be positioned as a reinvestment in our collective future to reduce Canada’s carbon emissions.

The key requirement for success is our collective acceptance that we have an obligation to fix the global climate problem, and that to achieve this a small levy on current consumption will be necessary. Once a credible governance structure is in place and tangible results begin to emerge, opposition to the climate plan will subside. This is an approach that will help defuse provincial government objections and put Canada on a credible trajectory towards a low carbon economy. 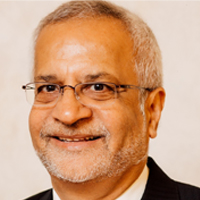