In the bigger COVID picture, rent arrears of $350 million is a small sum that could easily be cancelled with the will of governments and landlords. par Ricardo Tranjan 30 mars 2021
Partager

One year ago, at the outset of the COVID-19 pandemic, I wrote an article for Options Politiques calling for a national discussion on rent forgiveness. The discussion never took place. The impact of lockdown measures on financially insecure tenant households has not been directly addressed by the federal or provincial governments – with few and mostly temporary exceptions. Instead, governments should tackle the problem head-on in forthcoming budgets. The evidence shows solutions are within reach if there is political will.

On average, tenants have lower incomes than homeowners, spend a larger share of their incomes on rent, and have little in the way of savings. They are also more likely to work in industries hard- hit by lockdown measures. These facts led some analysts to predict an avalanche of evictions. The avalanche hasn’t yet come; in part because provinces enacted partial and temporary eviction bans that postponed the problem, and in part because income-support programs – especially the now discontinued Canada Emergency Recovery Benefit (CERB) – provided crucial relief to most unemployed workers.

But relief is temporary. Meanwhile, tenants can feel the ground shifting beneath them.

The Canadian Mortgage and Housing Corporation (CMHC) recently released data showing that six per cent of rental units across the country accumulated arrears between October 2019 and October 2020, with significant variations by census metropolitan areas (CMAs) and provinces.

As Steve Pomeroy explains, the CMHC data captures purpose-built structures with three or more units, or roughly 46 per cent of all rental units in the market. While only a partial picture, it is nevertheless a substantive sample of the national rental market. Assuming the same rate of arrears applies to the rest of the rental market (known as the “secondary” rental market), the total estimated number of units in arrears across the country is 273,000.

So,  more than 250,000 households are at risk of losing their homes while the pandemic continues to rage.

Virtual eviction hearings have made it even harder than usual for tenants to present their cases. If tenants lose their homes, they face higher rents for same-size units within the same city – as much as 18 per cent higher in Vancouver, 20 per cent higher in Toronto, and 31 per cent higher in Montreal. They also have fewer rental options as Real Estate Investment Trusts (REITs), also known as financialized landlords, continue to purchase apartment buildings and turn them into more expensive units, further shrinking the affordable rental stock.

But there remains a small silver lining.

The CMHC data allows us to estimate the amount of rent owed to landlords: $350 million. Relative to what landlords take in, this is a very small sum.

For comparison, $350 million represents only 0.6 per cent of the estimated total rental revenue landlords collect annually. Even in Toronto, where nearly 11 per cent of rental units carry arrears, the amount owed to landlords right now is estimated at less than one per cent of their expected annual revenue.

The first and most obvious option for rent forgiveness is to demand that the industry absorb the loss, with targeted exceptions for the small share of landlords who rent a portion of their own homes and whose financial security is also a concern.

The Federation of Rental-Housing Providers of Ontario (FRPO) has made an offer to the Ontario government to absorb 33 per cent of COVID-related arrears if  the government and tenants cover the rest in a revised rental-assistance program.

While it is a positive sign that the FRPO doesn’t expect to dodge the financial consequences of the pandemic, its proposal is out of touch with reality. Canada’s economy shrank by 5.4 per cent in 2020. In the last quarter of the year alone, the retail sector took a $776 million revenue hit, whereas food and beverages stores experienced a $2.6 billion decrease in net income. Landlords should look at their 0.6 per cent revenue loss within this broader economic context.

On the government side, the federal government is expected to spend $343 billion on COVID-related measures between the fiscal years 2019-20 and 2021-22. That is 1,000 times more than the estimated amount of arrears accumulated by October 2020. In other words, a 0.1 per cent increase in federal funding for rent arrears would be enough to cover tenant families and alleviate their stress.

The list of 139 federal measures to address COVID-19 includes two rent-subsidy programs for businesses, costing a total of $6 billion. However, there is nothing directly targeted at financially insecure tenants. While  CERB provided much-needed support, the benefit falls short of ensuring all unemployed tenants are securely housed, in part because some workers fell through the cracks, but mostly because of the very high cost of rent in many Canadian cities.

Provinces, in turn, have committed a combined $31 billion in direct spending for COVID-19 measures, with 0.5 per cent of that earmarked for income supports specifically for tenants (not including a loan program by the Quebec government, which doesn’t qualify as direct spending). Out of all 642 provincial measures, only five target tenant families (B.C.’s Temporary Rental Supplement, P.E.I.’s Temporary Rental Assistance Benefit, and three initiatives by the Société d’habitation du Québec).

Cancelling rent arrears accumulated through the worst of 2020 would require landlords to absorb a 0.6 per cent revenue loss, the federal government to increase COVID funding by 0.1 per cent, provinces to boost COVID spending by one per cent, or some combination of the three options. These options are not out of reach. Yet there is no discussion about how to put this into practice.

In normal times, low-income tenants bear the brunt of the housing affordability crisis. During a pandemic, they are not deemed a priority. Why are these families so systematically excluded from government supports? This is one of the troubling questions Canadian society must confront in the aftermath of this global crisis.

For now, let’s focus on the upcoming budget season. With some political courage, and a bit of money if the courage doesn’t go far enough, the federal and provincial governments can rectify this regretful neglect. 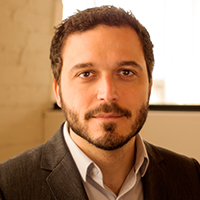