Putting the emphasis on excellence

The Canada Excellence Research Chairs (CERC)  awards announced earlier this year represent a strategic public policy initiative that is certain to bring exceptional research and innovation dividends to Canada. The concept was transformed into policy by the federal government in the fall of 2008. The objective was to attract the very best international scholars to Canada to stimulate intensive research in four fields of science and technology deemed to be of priority to Canada, namely:

Nineteen Chairs were established, each with a grant of $10 million spread over five to seven years. The idea to seed intensive research in these areas emerged from discussions involving the Minister and the Department of Industry, the Science and Technology Innovation Council of Canada and the research funding councils and informal consultations with various university presidents and research specialists.

The CERC program was complemented by the Vanier Canada Graduate Scholarships that will provide 500 of the world’s best doctoral students with up to $50,000 per year for three years of doctoral studies at Canadian universities.

Competing for the world’s best scholarly talent is something Canadian universities do each year. The benefits of working in Canada’s dynamic economy, combining an exceptional quality of life with serious funding of productive research, help put Canada in the front rank globally.  With the addition of the CERC positions and the Vanier Scholarships, Canada will attract the “best of the best” to our universities.

I was asked to chair an independent committee to make the inaugural selection. Rob Prichard, former president of the University of Toronto, served as vice-chair. Our committee included an impressive group of international and Canadian scholars, many of whom were able to provide insight into each of the priority areas. The recommendations of our committee were unanimous at each phase of the process.

From the outset I had been assured that, excepting a provision that there be at least three Chairs from each of the deemed priority areas, along with one for the automotive sector, the sole criterion for selection would be excellence. That fundamental principle guided the process throughout.

The university community was quick to respond to the news of the program. Claire Morris, then president of the Association of Universities and Colleges of Canada, said: “We appreciate the government’s continued recognition of the importance of investing in university research. Canada’s leadership in public R&D performance will depend on significant investments to ensure the international competitiveness of this country’s university research effort.”

The CERC competition was designed in two phases. In the first phase, universities were invited to compete for 40 positions based on the quality of their research applications. The top 40 selected from the initial 165 proposals were then asked to try to recruit a Chair recipient to lead the research. Thirty-six of these were ultimately successful in recruiting a potential Chair and all were subjected to a rigorous multilevel peer review process. University presidents were interviewed as well to gauge their personal commitment to the applications. From this group of 36, our committee qualified 24 potential recipients. Nineteen ultimately accepted the award after strenuous competition or bidding wars between the recruiting universities and the universities or research institutions from which candidates were being recruited. Several Canadian universities faced fierce counter-offers from universities reluctant to see the candidates leave. That, in itself, was a measure of the emphasis on excellence.

What impressed the selection committee the most was the calibre of the candidates put forward by the universities. They all could have been noteworthy additions to Canadian campuses. Next to the candidates themselves, I was impressed with how thorough and precise the proposals were. Many universities saw the federal funding as a starting point, one that they were able to build on with additional provincial and private sector support: a genuine public-private partnership. For example, in order to maximize the impact of recruiting one of the world’s most renowned hydrology experts, the University of Saskatchewan pledged $10 million matched by the Province of Saskatchewan to create a world-leading water research and training institute in the province valued at $30 million. On average, each of the 36 applications featured almost $20 million in additional funding.

In the end, winners included universities large and small and from all regions. Some did better than others. Some major research universities came up short. Even more unfortunate was the absence of female candidates from the 36 nominees proposed by the universities. Several reasons were given to explain this deficiency and a special committee was appointed to advise the government on how to avoid this result in future.

By any measure, the CERC awards represent a major step forward for world-class research in Canada, one that will move Canadian universities to the top and spawn long-term dividends for education, innovation and scientific breakthroughs. Just as targeted investments brought gold medals for Canada at the Vancouver Olympics, I suspect that the CERC awards will generate similar accolades in the years ahead.

Jeffrey Simpson of the Globe and Mail observed that “Stephen Harper’s government deserves an ‘A’ for the conception, execution and delivery of the program that lured 19 renowned scientists to Canada.” He added: “The process was well-conceived, the public policy purposes important and the results, well, excellent.” High praise indeed.

The best argument I can make for the program, however, comes from the chairholders themselves. Here are a few examples.

The benefits of working in Canada’s dynamic economy, combining an exceptional quality of life with serious funding of productive research, help put Canada in the front rank globally. With the addition of the CERC positions and the Vanier Scholarships, Canada will attract the “best of the best” to our universities.

Michael Houghton was recruited to the University of Alberta from Epiphany Biosciences Inc. in California. Houghton discovered the hepatitis C virus and is globally recognized as a leader in hepatitis virology. Houghton’s blood test is the standard for screening for the disease. His research goal is straightforward: to develop a workable vaccine cure for the disease. Houghton’s research will be bolstered by a unique $28-million grant from the Li Ka Shing (Canada) Foundation and a matching grant from the Government of Alberta.

David Cory was recruited to the University of Waterloo from MIT. Cory is among the world’s most recognized innovators in the field of quantum physics and quantum computing. Leading the Institute for Quantum Computing, Cory expects to develop the world’s first quantum processors, which will have the ability to create a made-in-Canada revolution for the way in which we store and access information and will do so at a speed that will allow the new generation of computers to solve problems that are impossible to solve using existing technology.

Ali Emadi joins McMaster University from the Illinois Institute of Technology, where he held the Harris Perlstein Endowed Chair Professor of Engineering and was director of the Electric Power and Power Electronics Center. Emadi is a world leader in the science behind hybrid electric vehicle powertrains and drives. An extremely active researcher, Emadi has made significant contributions toward the development of hybrid powertrains, power converters, hybrid energy storage systems and powertrain adaptive controls. He has authored over 250 publications and conference papers, as well as several books. Emadi’s goal is a shift to a more sustainable transportation system that would use electrical power as a more central component than gasoline. Emadi’s skill allows him to propose electrical solutions devised from wind, solar and hydro power.

Adrian Owen will come from the University of Cambridge to the University of Western Ontario. Owen is a pioneer in medical imaging and was the first medical scientist able to communicate with patients who were thought to be vegetative. Building on his earlier groundbreaking discoveries, Owen will test new theoretical models and use functional neuro-imaging (fMRI) approaches to detect and measure activity in brain-injured patients who appear to be entirely vegetative. He will also develop new brain-computer interfaces that will allow these patients to communicate with the outside world and will expand their possible choices for therapy. These pioneering techniques offer a new window into the consciousness of some brain-injured patients.

Younès Messaddeq will move from São Paulo to Université Laval to develop new types of glass and fibre cables for next-generation communication activities. Messaddeq’s research could change the way in which information is transmitted through highbandwidth communications. His presence in Canada consolidates our position as a world leader in photonics and optics. His work in photonics promises successful and immediate applications for industry, particularly in the biomedical field, national security and defence, and other areas of strategic importance.

All CERC recipients are at the top of their game; they are profound thinkers with impressive track records and Nobel-level potential. Nine were recruited from the US, four from the UK, two each from France and Germany and one each from Brazil and Denmark.

I sincerely hope that the CERC program will be expanded to include scholars from the social sciences and humanities with at least four additional positions that could be created in the next government budget.

The Canada Excellence Research Chairs program is a truly beneficial public policy partnership between governments, our post-secondary educational institutions and the private sector. As Indira Samarasekera, President and Vice Chancellor of the University of Alberta, has stated: “With this critical investment, Canada has the potential to become a nation where talent, knowledge, entrepreneurship, capital and technology can converge to strengthen competitiveness and productivity. We have the potential to make scientific breakthroughs, technological innovations and policy developments that the world needs to solve its most pressing problems.” I could not agree more. This initiative also demonstrates the government’s commitment to excellence in research that will benefit the health, social and economic well-being of our country.

Putting the emphasis on excellence 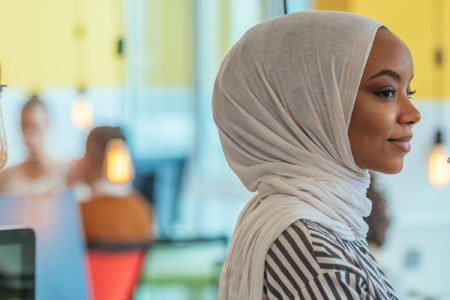