It’s expensive to be poor. Unreasonably expensive. Around 4.8 million Canadians below the poverty line, and up to 47 per cent of Canadian workers report living paycheque to paycheque. Many of them are one flat tire or unexpected expense away from spiraling debt. And many of them are financially marginalized: They are not well served by the mainstream financial system.

As a result, more and more of them are turning to fringe financial services that charge predatory rates: payday loans, installment loans, car title loans and rent-to-own products.

The federal government needs to move forward with a regulatory framework that addresses the entire lending market, including establishing a national anti-predatory lending strategy. Without sufficient regulation of alternative lenders, borrowers are at risk. Municipal and provincial governments also have an important role to play in protecting low-income earners.

Recent changes to mortgage regulations are making it even more difficult for low-income earners to access credit from mainstream financial institutions.

The mortgage-rate stress test, administered by federally regulated financial institutions, was introduced by the federal government to ensure that consumers can afford to borrow. But the stress test only raises the bar even higher for low- and moderate-income earners who strive to own a home.

Even the banks admit it: « If you tighten rules and raise the bar on getting a mortgage from financial institutions, it may prompt a number of borrowers who are being shut out to deal with lenders that are in the less regulated space, » RBC senior economist Robert Hogue said in 2016.

In the midst of a housing crisis in Vancouver, Toronto, Calgary and Ottawa, this will push consumers farther to the fringes and increase the risk that borrowers will become trapped in high-interest, high-risk mortgages. Analysts expect the entire fringe market to grow over the next 12 months.

Payday loans are regulated provincially, with a maximum cost of $15 – $21 for every $100 borrowed, depending on the province. This equates to annual percentage rates of 391 percent to 652 percent. There are an estimated 1,500 payday loan outlets across Canada, often clustered in the same low-income neighbourhoods where banks are closing branches. Payday loans are typically unsecured, small-value loans of up to $1,500 usually repaid by the next payday. They are the costliest form of lending in Ontario.

As regulation of payday loans has increased, there is growth in new types of loans. Installment-loan debt is growing faster than any other type of debt in Canada, the financial reporting agency TransUnion says. In 2017, approximately 6.4 million Canadians had an installment loan.

These are typically unsecured loans of up to $15,000, with set payments over periods of up to three years. Interest rates can reach 59.9 percent, just below the legal cap of 60 percent.

We have seen additional fees and insurance costs effectively pushing interest rates above 60 percent. Many of these alternative lenders operate in a grey area of consumer protection.

Consider the experience of Robbie McCall, an Ottawa ACORN member: His payday loan nightmare began 10 years ago with a desire to buy his teenage daughter a special Christmas gift.

McCall was living on social assistance after health problems forced him to leave his job. A payday loan for a few hundred dollars seemed like a good idea. But what wasn’t made clear to him was that interest on his loan was being calculated biweekly, so he was paying about 500-percent interest, not 20 percent as advertised. Two months later, he took out another payday loan, and dug himself an even deeper hole.

So started the vicious cycle that so many Canadians with no or bad credit fall into. Soon, McCall was borrowing from one payday lender to pay back the other — using what’s called a rollover loan. Some provinces have banned rollover loans so that lenders can’t offer them as a way to extend payday loans. But there’s nothing stopping borrowers from going to a second payday lender to take out a loan to repay the first. It took McCall three years to pay off $1,400. The interest: More than $10,000.

That is standard practice. Establishing and maintaining a substantial repeat customer base is how payday loan operators survive, an Ernst and Young study found for the Canadian Association of Community Financial Service Providers (now known as the Canadian Consumer Finance Association). Fifty-seven percent of payday loan users in a 2012 Canadian Financial Capability survey had taken two payday loans, while 20 percent had taken three or more loans.

Consider, too, the story of Toronto ACORN member Donna Borden: In 2014, after her mother died, Borden was left with debt that had grown while she supported her mother, who had been ill. She tried to consolidate her loans to make payment easier, but the bank decided she had too much credit. Not bad credit, just too much.

So, Donna took out a $10,000 loan with CitiFinancial, now called Fairstone. The interest rate was less than 60 percent, the maximum permissible under Canada’s Criminal Code. But by the time she had repaid $25,000 for a $10,000 loan, CitiFinancial told her she still owed an additional $10,000. She reached out to ACORN after discovering little consumer protection exists against unscrupulous lenders.

Often, lower income is linked to low credit scores, bad credit or no credit. Up to 15 percent of Canadians are “underbanked”: they have access to a bank account, but it does not meet their needs for any number of reasons, including high NSF fees ($48 at most banks), no overdraft protection for emergencies, no access to low-interest credit.

In 2016, ACORN conducted a Fair Banking survey of 270 of its members across the country and found that only four percent of respondents who use high-interest lending services prefer to use these services. The majority did so out of necessity. People said they turn to alternative lenders because they have no overdraft protection with their bank, no access to a credit card, or they were influenced by the location of the alternative lender.

Thirty percent of respondents in the survey used high-interest alternative lenders such as payday lenders to pay for food, 17 percent for housing, and 16 percent for bills.

Without adequate protection, more people will end up in a predatory debt trap.

ACORN Canada’s Fair Banking/End Predatory Lending Campaign calls for an interjurisdictional strategy to tackle the high-interest lending that further entrenches poverty. By taking the following steps, municipal, provincial and federal governments can work together to ensure access to fair financial services for low- and moderate-income Canadians:

Photo: OSHAWA, ON – People walk past a payday loan store on May 13, 2017. THE CANADIAN PRESS/Doug Ive 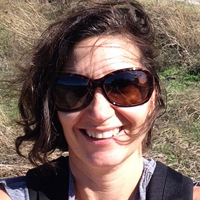 Judy Duncan
Judy Duncan founded ACORN Canada in August 2004. Under her management, the organization has now grown to over 113,000 members with five offices and 20 chapters across the country.
Tous les textes de l’auteur(e) What ride-sharing means for Canada’s cities