Following the election of conservative provincial governments in Ontario (2018) and Alberta (2019), the subject of free speech on campuses has swiftly moved from the pages of opinion editorials to the realm of public policy. Doug Ford’s Progressive Conservatives and Jason Kenney’s United Conservative Party have now compelled post-secondary institutions to develop explicit free-speech policy statements.

Although the cadence of contemporary controversies might suggest that such a move is warranted, a closer look reveals that the “campus free-speech crisis” is a culture war battle that is at least a half-century old and is still smoldering. Canada is merely its latest front. The problem, though, is that these policy changes will do little to address the genuine challenges universities face in protecting free speech on campus. Then why pitch policy that is likely to have little tangible effect? To answer this question, a fitting place to start is to situate these policy initiatives in the broader historical context of campus unrest and political intervention.

Although critiques of higher education likely predate the socio-cultural upheavals of the 1960s, that period is essential for understanding the contours of the contemporary debate. An obvious exemplar is the Free Speech Movement on the University of California – Berkeley campus, in the early 1960s. Student activists, some of whom had recently returned from volunteering in the Freedom Summer of 1964 were incensed that the Berkeley administration forbade political advocacy (aside from political parties). Protests and sit-ins attracted thousands of students, eventually led to the administration relenting, and galvanized student movements across the country and around the world.

As a result of this and other upheavals on college and university campuses, academic institutions quickly became synonymous with the specter of youthful protest in the popular imagination. Not surprisingly, in the Cold War era public opinion was not sympathetic to this incubation of social movements that were then (and arguably still are) considered subversive. Politicians were also eager to capitalize, portraying the campus as a breeding ground for radical politics and thus a harbinger of instability. Eventually, across the United States formal legislation was passed seeking to tame campus protest, sometimes explicitly threatening budget cuts. Slowly but surely, critiques of campus culture became a reliable thread of conservative politics and discourse. Allan Bloom’s runaway bestseller The Closing of the American Mind raised the bar for these critiques in 1987, and there has been a steady stream of similar polemic since.

Although it might diverge on details, the primary culprit is usually the same: progressives who have allegedly captured the university and perverted the academic mission by indoctrinating students. Together, these variables have created a reliable feedback loop that persists today: campus unrest, moral panic often led by sensationalistic news and opinion, and politicians who are eager to capitalize on public opinion for their political advantage.

Fast forward approximately five decades, and campus unrest is still in the crosshairs of legislatures. In a curious twist, the Berkeley campus is again the fulcrum of a wide-ranging public debate about the contemporary state of free speech on campus. In response to an event featuring conservative provocateur (and self-proclaimed “troll”) Milo Yiannopoulos, several hundred protestors descended upon Berkeley in early 2017. Some of the protestors used black-bloc tactics, engaged in skirmishes with Yiannopoulos supporters, and damaged (and then set fire to) campus and police property (damage was estimated at more than $100,000). The debacle resulted in a predictable chorus of criticism with many noting the historical irony, obviously Yiannopoulos’s strategy all along. Even President Donald Trump chimed in (on Twitter, of course), foreshadowing his eventual executive order. Standoffs like this between campus protestors and edgy political pundits turned entrepreneurs are now commonplace, with said entrepreneurs relishing an opportunity to portray campus as a bastion of intolerance and attract sympathetic media coverage.

“Deplatforming,” as it’s known, has become a default litmus test for free speech on campuses in the US, and it regularly makes headlines in Canada, too. Considering that some of the most high-profile deplatforming targets have been conservatives, these incidences are often marshalled as alleged proof that universities are in serious need of reform. While focusing solely on these events is likely to give a skewed impression of the phenomenon, such events are nonetheless symptomatic of the key issue, and they are also the reason recent provincial policy in Canada will likely do little to address it.

The key issue is that the contemporary university is bound by a constitutive tension related to free speech. On the one hand, a campus is reflexively understood to be the most fitting place to host controversial discussion and debate. Consequently, we can reasonably expect universities to enshrine robust protections for free speech and open inquiry, which they mostly do. On the other hand, universities typically restrict speech that exceeds legal prohibitions (such as hate speech laws). Student codes of conduct in Canada, for example, prohibit behaviour that would go beyond a criminal threshold or violate human rights law. Likewise, good pedagogy in the classroom would reasonably restrict speech that is technically legal but could nonetheless encourage an inhospitable learning environment. Because the Canadian Charter of Rights and Freedoms does not apply to universities in any self-evident manner, universities need only demonstrate that their actions are reasonable given the circumstances. As a recent case in Alberta demonstrates, even when the Charter could apply, there is a lack of strong precedent and there are also conflicting interpretations. This means that universities have relatively wide discretion in restricting speech, if and when it is likely to interfere with normal university operations or pose a legitimate risk to the safety of the campus community.

Accordingly, almost every single recent campus controversy is about drawing distinctions between which forms of speech are legally prohibited on the one hand and which are merely offensive or objectionable on the other.

This constitutive tension occurs when universities struggle to respond to speech on campus that falls into a murky liminal space. Accordingly, almost every single recent campus controversy is about drawing distinctions between which forms of speech are legally prohibited on the one hand and which are merely offensive or objectionable on the other. To be clear, both of these types of speech can inflict harm; the difference is that one carries a legal threshold that justifies some form of intervention whereas the other is just an unfortunate by-product of an open society. The relevant question for policy is therefore: can universities legitimately restrict speech that exceeds the boundaries set by legal prohibitions? The answer is an unambiguous yes. A university’s particular educative mission (the pursuit of knowledge and truth) cannot be fulfilled unless its community members are free from discrimination and harassment, and this might entail policy that better balances free speech and protection from harm. However, drawing a definitive line within this murky liminal space is no easy task, as the recent controversies illustrate.

Is compelling universities to adopt more explicit free speech policy statements a viable solution? Not likely. First, these statements simply reiterate longstanding policies and practices. In this sense, the silver lining might be that universities are able to revisit and bolster their commitments in a way that trickles down to their institutional culture. In practice, however, they will offer limited additional insight if and when future controversies erupt and university administrations again struggle to strike the right balance. Second, they are necessarily aspirational in language and vague in detail. Although each of these institutional policy statements conveys a general commitment to free speech, none of them will be able to easily reconcile the tension described above. In practice, university administrations address the tension on a case-by-case basis, not a prescriptive basis. Unfortunately, a part of their calculus is sometimes preserving the image of the institution over fundamental principles if and when they conflict.

But a new policy statement is not a template that can be applied to resolve a tension that goes much deeper than the occasional embarrassing headline. Instead, the most significant effect of these policies will be to bolster a misperception that is popular among potential conservative voters: that free speech is imperilled on campus. If history is any guide, the university will continue to be a politically expedient punching bag, but we shouldn’t expect these partisan theatrics to have much concrete effect. 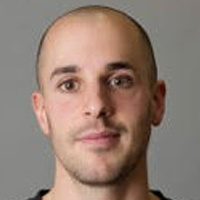