If we want the energy sector to innovate, the carbon tax should help offset those costs, and there’s already a system that shows how it can be done. par Karlis Vasarais 21 février 2020
Partager

Environment Minister Jonathan Wilkinson faces the tough task of finding a way to meet Canada’s 2030 greenhouse gas emissions reduction targets. With few policy mechanisms at his disposal, he has plenty of work to do.

Those of us who work in the energy field know just how big his challenge is. The energy industry is the largest and most complex industry the world has ever seen. No one technology, no matter how powerful, can be the “silver bullet” that reduces emissions enough to help the energy industry and the broader industrial sector hit Canada’s target.

Carbon taxes are generally accepted as the most effective way to change consumer behaviour. Lost in the discussion is their effect on Canada’s energy and industrial sectors. Our taxation system takes a “tail wagging the dog” approach, betting big that consumers will react to higher energy prices and subsequently drive industry to change its behaviour. This is a long-shot proposition, at best. Even if we were to triple the tax, it wouldn’t be enough to meet our goals, the International Monetary Fund said recently. That’s because relying on consumers alone to carry the load won’t work.

Canada’s carbon tax revenues are directly refunded to households. But where is industry’s immediate “refund” that would be equivalent to motivate immediate change on its part? It’s a vital question, and one that’s missing from the national discussion. Ottawa must also play a role in helping Canada’s energy industry overcome enormous obstacles to deliver badly needed innovation that will ultimately deliver the significant emissions reductions we need.

When we think of innovation, we naturally focus on the information technology sector – and for good reason. Canadian businesses have been very successful in this area, especially when it comes to artificial intelligence. Toronto is now home to the AI labs of Uber, Google and Samsung, some of AI’s most prominent pioneers. These tech companies have a built-in advantage when it comes to investment. Pure-tech startups require relatively small amounts of capital to build their initial products, and often can quickly earn revenue with customers across global markets.

Energy technologies differ from those in other industries.  Any energy innovations must account for a “bricks and mortar” infrastructure. It’s like the building of condos in any downtown area: it rarely happens quickly or exactly according to plan. Energy companies are large, sophisticated operations. Commercialization of any serious new innovation is bound to be far slower to bring capital return, and it is often more capital-intense. In addition, there were some early failures in energy technology investments that have scarred many venture-stage investors, making them wary of trying again.

Despite these challenges, there have been successes. Canada’s Oil Sands Innovation Alliance (COSIA) has delivered more than 1,000 technologies valued at over $1.4 billion since 2012, reducing oil-sands impact on water, air and land. During the Stephen Harper years, the Canadian government invested  $1 billion in energy industry research and development – with subsequent commercialization – in the oil sands. The result: a substantial decrease in the industry’s energy intensity and a reduction in greenhouse gas emissions. It also helped make Canadian oil more competitive.

That’s impressive momentum, but more is needed. Unfortunately, at a time when we need to double down on energy innovation, we’re doing very little to encourage it. The carbon tax in its current form needs to be balanced with short-term financial incentives that will make it appealing for industrial companies and investors to explore and unleash potential advances in energy and emissions technology.

We need carbon tax credits that encourage all facets of Canadian industry to invest in and kick start its energy, efficiency, and carbon reduction initiatives, or that leads to investments in complementary third-party research and development.

This kind of homegrown tax credit structure is being used successfully in our Defence Procurement Strategy, which is designed to reform the Canadian defence procurement system. The strategy’s embedded tax credit policy is known as the Industrial and Technological Benefits (ITB) Strategy.

Here’s how it works: under the ITB strategy, any contractor that sells military equipment to Canada must invest the value of the contract awarded in Canadian business activities. This condition doesn’t pose much difficulty for local contractors, but can be harder for foreign-based contractors to fulfill. So, to make this proposition as attractive as possible, the ITB credits qualified R&D-related investments in small- and medium-sized Canadian businesses at 4 to 9 times their face value. In other words, a $10 million qualified investment can be credited at up to $90 million toward the value of the contract’s local investment obligation.

The ITB model is an ideal platform for a more effective carbon tax credit policy. Such an approach would help weigh each proposed technology’s stage of commercialization, assess its regional and total market potential, and maximize its potential to reduce GHG emissions. Even in a modest scenario, an eligible business investing $5 million could count on an attractive credit of $25 million against its carbon tax obligations, ensuring that finances don’t interfere with badly needed innovation.

Those in the industry know there have been many attempts to ignite innovation in the energy sector, and far too many have fallen short. But it is possible to spur targeted innovation in emissions reduction technologies, and the ITB shows us how.

Canadians know how high the stakes are for global warming, and we need to use every tool at our disposal to reduce GHG emissions and meet our 2030 targets. We’ve made the initial strides with the consumer carbon tax. Now Ottawa and industry need only to look at the ITB policy to unlock industry innovation that will benefit all Canadians – including business owners and environmentalists. 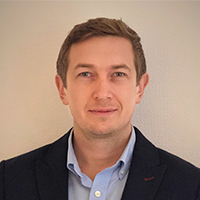