Many Canadians are pinning their hopes on the success of Justin Trudeau’s innovation agenda. There’s a good reason why. Canada is a laggard in productivity growth, making this the greatest economic challenge we face today. So we must become much better at innovation, since it is the key to raising our productivity and increasing our ability to afford the things we value.

It’s easy to understand why this matters to corporations seeking to improve their competitiveness through new products or services, and to workers seeking pay raises. But it also matters to the performing arts — theatre, music and dance — as it does to health and education, where productivity gains are hard to achieve.

While businesses can achieve productivity gains through automation and new technologies, there’s little that a performing arts company — say, the Stratford Festival — can do to automate. Likewise, while there’s some potential for higher productivity in health care and education, like the performing arts they are activities that depend largely on human delivery. Shakespeare’s plays today face the same production needs as they did more than 400 years ago, when they were written, but the salaries of Shakespearean actors and the costs of production have risen significantly since then.

Some 50 years ago, two prominent American economists, William Baumol and William Bowen, concluded that despite the value we attach to the performing arts, they cannot cover their operating costs, let alone capital outlays, from their revenues, no matter how well managed or how high the quality of their productions.

The performing arts, they argued in Performing Arts: The Economic Dilemma (1966), suffer from low productivity. Unlike computer and software producers, car manufacturers or banks, they have limited capacity to meet rising costs through improved productivity. They are limited by the number of seats in their theatres or concert halls, as well as by the length of their seasons, and there is a limit to how high they can set ticket prices without driving audiences away. Nor can they cut back on the requirements for a successful performance of a play or concert. Yet they have to meet the rising costs of production, administration, marketing and other operations and offer their performers and other employees pay increases not out of line with those granted to workers in sectors of the economy where productivity is growing.

This is what Baumol famously called the “cost disease.”  The cost disease, Baumol wrote in Policy Options several years ago, “asserts that the costs of health care, education, the live performing arts and a number of other economic activities known as the ‘personal services’ are condemned to rise at a rate significantly greater than the economy’s rate of inflation” because “the quality of labour required to produce these services is difficult to reduce.” As he and Bowen had written in 1966, “Human ingenuity has devised ways to reduce the labor necessary to produce an automobile, but no one has yet succeeded in decreasing the human effort expended at a live performance of a 45-minute Schubert quartet much below a total of three man-hours.”

The Stratford Festival in Stratford, Ontario, knows this. In his 1972 annual report, Stratford Festival president D.D.C. McGeachy warned, “Stratford shares with the other performing arts a problem that sometimes seems unsolvable,” since “it takes the same number of actors to perform a Shakespearean play as it did in 1650, or 1750, or 1850, or 1950. There has been no increase in productivity. Therefore the costs keep going up and it becomes more and more difficult to match them with increases in box office revenue.” This was especially so, he said, if the Stratford Festival wanted to maintain ticket prices “so that everyone can afford to see Stratford.” The challenge is no different today.

In his 2012 book, The Cost Disease, Baumol explains why the cost of computers — and, he could have added, most manufactured products — keeps going down while the cost of health care,  the performing arts and education keeps going up. Yet if we play our cards right by increasing overall productivity in the economy, Baumol says, “We can have it all: better health care, good education, and even more orchestral performances…This is not merely naïve optimism, but something we have already experienced,” as the history of the past 100 years shows.

If treated as a traditional business, the Stratford Festival, like other performing arts organizations, would go bankrupt if all costs had to be recovered from its “business” activities. In 2017, officials said in an interview, 456,905 tickets were sold for Stratford theatre performances, fewer than the 512,016 sold in 2016 but largely in line with the six earlier years. In 2016, ticket sales generated about 54 percent of needed revenues; with revenue from shops and other ancillary sources, the festival covered 67.5 percent of its costs. But with total expenses of $60.7 million against total revenues of $42.2 million, it faced a $17.5-million loss.

Survival depended on donations, mainly from the public. Government contributions, from Ontario and Canada, covered just 21 percent of its $17.5-million loss; the other 79 percent came from the public, including gifts through the Stratford Foundation, the festival’s endowment funded by major donors. And this pattern has been true for almost every year since 1953, when the Stratford Festival hosted its first season. Money has been a challenge for Stratford boards ever since, despite its enormous success as one of North America’s top theatrical venues.

Moreover, outside shocks can disrupt even the best-planned season. In 2003, for example, the Stratford Festival had to cancel six performances because of a massive power outage that hit southern Ontario and neighbouring states. The same year, the war in Iraq and Canada’s decision not to participate, the SARS crisis and a Canadian dollar that traded at approximate parity with its US counterpart all hurt ticket sales.

Like other performing arts groups, the Stratford Festival must wrestle with an increasingly competitive environment. It has an aging audience. The majority of those who go to Stratford are ages 55 to 74, according to Festival officials. There are more competing attractions, younger audiences find three-hour Shakespearean productions a challenge, and Shakespeare is no longer a typical high school experience — the festival must work much harder to help teachers bring Shakespeare into the classroom. Some 50,000 students visit each year, but it is getting more difficult to attract them because more high school students have part-time jobs and don’t want to miss work, Stratford Festival spokespeople say.

The Stratford Festival is making much greater use of social media, with trailers and other special features to draw a digital-age audience. It is innovative in many other ways. To bring in Toronto audiences, its biggest market, it has arranged daily bus trips enabling visitors to attend matinee, evening or both performances and return the same day. To encourage families, the festival always puts on at least one production geared to children, and it offers lower-cost tickets for children when purchased with an adult ticket. The festival also offers two-for-one ticket sales for selected performances. With donor support, it is making HDTV videos of all Shakespeare productions, which can be sold to schools, universities, television stations and others, with the goal of being able to offer eventually a catalogue of every Shakespearean play.

The festival also uses a highly sophisticated ticketing system, Tessitura (originally developed by the Metropolitan Opera Company in New York), for all ticket sales. It gives the festival’s box office data on every single ticket buyer, including whether purchasers prefer Shakespeare, musicals or new plays, and whether they come every year or are first-timers. With this wealth of information, it can tailor special offers and other promotions to individual buyers.

But at the end of the day, the Stratford Festival, like our live performing arts companies across the country, still fails to cover its costs. Innovation — leading to greater productivity and prosperity — is about much more than smarter phones and faster computers. Ultimately, it’s about paying for the things we value. As Baumol argues, if we can sustain innovation-led productivity growth, then society has more money and can afford health, education and culture. 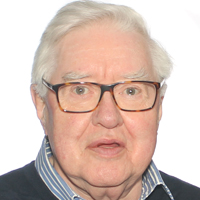 David Crane
David Crane is an award-winning journalist who writes about the challenges of economic change in its various dimensions, including innovation, equity, sustainability and globalization — and how these affect productivity, employment and overall living standards.
Tous les textes de l’auteur(e)
X