Alberta was the first province to begin its policy development for cannabis legalization. In June 2016, the government began by commissioning a massive evidence synthesis — the Cannabis Evidence Series — covering five key topics: health effects and harms, medical cannabis, advertisement and communication regulations, experience with legalization in other jurisdictions, and the current Canadian context. It was published in December 2016. This fed directly into the Alberta cannabis framework, which is the beginnings of the proposed legislation that will eventually regulate cannabis production, sales and use.

The framework allows for one of the most unrestricted private markets of all the provinces, putting Alberta on a path to developing cannabis as a major industry. But managing the risks while allowing the industry to flourish will require thoughtful, proactive policies.

Alberta has become the largest producer of medical cannabis globally. As the legal market opens up to recreational cannabis, presumably Alberta will become the largest producer of cannabis, period. It is hard to predict whether the emergence of Alberta’s lead role will be positive or negative, but it will have a tangible effect on provincial bureaucracy, government coffers and Alberta’s economy, both as it affects Albertans and Canada as a whole.

Each of the provinces has adopted a slightly different model of market. In Alberta, private retailers will sell cannabis to those wanting to purchase in-person with online sales that are government-operated.   Other provinces have chosen to establish government-operated retail outlets for cannabis, continuing with their current model for alcohol sales. Some might remember the government-operated liquor store days of Alberta; privatization led to many more outlets, longer hours of operation and greater choice. If the same pans out for the cannabis market, we can expect to see a range of choices in style of outlet and product, driving further product diversification.

All this production and sales will generate revenue. The province will see tax revenue from sales as well as corporate tax revenue from a healthy business market. But the administration costs of the regulatory oversight required for this market will be substantial, though there are economies of scale. A minimum level of regulatory oversight infrastructure is required no matter the strength of the market.

For better or for worse, having cannabis as a major industry will shape the social fabric of the province.  But Alberta is in need of economic diversification. With the unemployment rate at seven percent, fresh industry is needed. Producing cannabis in a regulated environment requires substantial, varied human resources. It requires security and traceability, well-developed compliance standards and processes, logistics for retail, packaging and processing, testing capabilities and protocols, not to mention grow warehouses and horticulturists. The larger the operation, the more jobs will be generated. These jobs will be a mixture of higher- and lower-paid jobs requiring a variety of professional skills. This is a good thing as many people still struggle to find work after the economic downturn.

Of course, one concern is who is going to smoke all this cannabis we are producing? In 2015, 12 percent of Canadians said they had smoked it in the last year, according to a Canadian Alcohol and Drug Use Monitoring Survey completed by Statistics Canada. Canadians have some of the highest rates of use globally, and they are sourcing their cannabis effectively from the illegal market. The hope is that the legal market will be competitive enough with the black market to push people toward legal retail sources, which offer a safer, more consistent and regulated supply for a similar price. In jurisdictions with legalized cannabis, there has not been a marked increase in use. But it is early days for everyone, with the first two US states having legalized recreational marijuana only in 2012. We need to watch, learn, and respond nimbly to any concerning trends.

What is the impact of having this strong market in one province? Many things remain unknown. For example, how much cannabis will be needed to meet demand? Oversupply in the legal market has been a problem for Oregon, for example, with the extra supply flowing into the illegal market. In Canada, that risk should be lower thanks to tighter regulations and control both nationally and provincially that will limit production, resulting in a comparatively small number of producers and retail locations. Oregon has more than 1,700 licensees. Canada has 114. In addition, the seed-to-sale tracking required in Canada should help ensure that cannabis stays within the legal market.

It is also worth considering the public-health impact of having a deliberative focus on building the cannabis market in Alberta. For example, we don’t know the extent of health risks that come from working in a cannabis grow operation. We have learned from other industries that continued exposure to hazardous material such as mould, which is common in grow operations, can lead to chronic and serious health problems. It is also unknown how production-facility waste will impact the environment and affect the health of people and animals.

Like many things, we will come to learn the full impact of these choices over time. Let’s hope that Alberta reflects on this as the game-changing pivot point in economic diversity. The alternative of leading another boom-bust industry is too bleak. 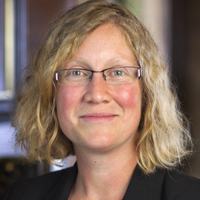