Canada should not be spending $1 billion on plasma imports; it should be producing enough to export, and for that, we need to pay Canadian donors.

Canada, like the rest of the world, overwhelmingly relies on American plasma donors for our supply of plasma-derived medicinal therapies. These therapies — including immune globulin, albumin, and clotting factors — are used by thousands of Canadians to treat immune deficiencies, rare blood disorders, and other conditions.

The only countries that don’t rely on American plasma donors are countries that also pay donors for plasma, including Germany, Austria, Czechia (the Czech Republic), and Hungary. The commercial plasma sector in these five countries together makes up more than 90 percent of the entire world’s supply of plasma for plasma therapies.

The proportion of therapies made with paid plasma is growing, with Canada mirroring global trends. When Ontario passed The Voluntary Blood Donations Act in 2014, we were 30 percent self-sufficient in plasma for plasma therapies. The Act banned commercial enterprises from offering payment for blood or plasma donations, exempting Canadian Blood Services. It was introduced in order to stop a commercial enterprise, Canadian Plasma Resources, from operating pay-for-plasma centres in Ontario.

What would have happened had we never banned paid plasma? The two companies that pay for plasma in Canada — Prometic Plasma Resources, which does so in Winnipeg, and Canadian Plasma Resources, with centres in Saskatoon and Moncton — had plans to open 19 additional plasma centres by 2019. These centres would each be collecting 30 to 40,000 litres of plasma per year, or about 665,000 litres. That volume, coupled with recovered plasma from whole blood donations at CBS, would have made us about 50 percent self-sufficient last year.

Given the sharp decline in sufficiency, and given, as CBS put it, “that self-sufficiency is not operationally or economically feasible in a volunteer, unpaid model,” it should come as no surprise that some provinces, like Alberta, are reconsidering prohibition of paying Canadians for plasma. Alana Cattapan, however, argued recently in Policy Options that repealing the Act will not address the problem of over-reliance on American plasma for our plasma therapy needs. Repeal won’t help, she says, because Canadian Blood Services will not buy fresh plasma from the Canadian commercial plasma companies. But CBS has consistently and repeatedly explained that the reason it has not done so is because the volume of collections has been so small. That will change quickly if Alberta repeals the ban (and CBS already buys product from Prometic Plasma Resources).

We continue to find new indications for the plasma therapies we have, and the industry expects to find uses for many of the plasma proteins we currently do not use in therapies.

Cattapan argues that the big question is why demand for immune globulin is soaring, citing concerns about off-label uses and on-label uses for which there are cheaper alternatives. But eliminating both of these would only slow the growth in demand. The UK has perhaps the most stringent demand management program in the world, controlling both off- and on-label uses, and yet demand in the UK has nearly doubled over only the last four years from about 4.5 million grams of Ig issued in 2015 to nearly 8 million grams in 2019.

CBS is planning to open 40 plasma centres, which Cattapan believes should address the self-sufficiency concern. This plan, which, it is hoped, will result in 50 percent self-sufficiency by 2025 or so, would help. But it raises questions of its own. For example, what will happen in the years after 2025? We will fall below 50 percent self-sufficiency. We continue to find new indications for the plasma therapies we have, and the industry expects to find uses for many of the plasma proteins we currently do not use in therapies. And will provincial governments want to continue to spend so much when the alternative, commercial sector can collect plasma at half the price without any difference in safety or efficacy? Alberta appears to be signaling that it is not so willing.

Finally, for the biggest question of them all: Why is Canada, a rich and healthy country, not a net contributor to the global supply of plasma? Were it not for the fact that the US permits pay-for-plasma, millions of patients around the world, including tens of thousands of Canadians, would suffer. Exports of plasma and plasma therapies represent about $27 billion, or 1.6 percent of American exports, making it the 11th largest industry in the US. Canada should have a $2 billion commercial plasma export industry rather than spend nearly $1 billion importing plasma therapies.

Cattapan suggests that it is telling that those arguing in favour of pay-for-plasma “largely fall into two categories: politicians and their supporters who want free markets to rule, no matter the human costs; and the companies that stand to profit from increasing the production of plasma-based therapies.”

This is not the case. The two largest categories are, as measured by public engagement, patient groups that represent patients who rely on plasma therapies, and people like me, academics who have no financial stake in the outcome of this debate. The latter have published so many opinion pieces on this topic, as well as two public letters signed by dozens of them, that it is unusual not to think of us as the largest category of all.

Meanwhile, it is proponents of banning pay-for-plasma who fall almost exclusively into two categories: Public sector unions that represent CBS employees and the groups that they fund, including Bloodwatch; and those who have received funding from Canadian Blood Services, including Cattapan. Both public sector unions and Canadian Blood Services stand to profit from bans on the commercial plasma sector.

But arguments are to be evaluated on their own terms. And the argument to rescind the bans is simply overwhelming:

Paying donors for plasma is the only proven way of ensuring a safe and secure supply of plasma therapies. Our only options are that we either repeal the Voluntary Blood Donations Acts and pay Canadians for plasma, or we will be reliant upon and pay Americans for their plasma forever. 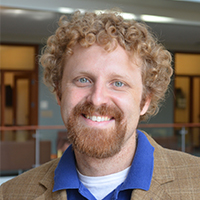 Peter M. Jaworski is a Canadian and associate teaching professor of ethics at Georgetown University’s McDonough School of Business, and author of Bloody Well Pay Them: The Case for Voluntary Remunerated Plasma Collections. He appeared as an expert before Alberta’s Standing Committee on Private Members Bills during discussion of Bill 204.

Peter M. Jaworski is a Canadian and associate teaching professor of ethics at Georgetown University’s McDonough School of Business, and author of Bloody Well Pay Them: The Case for Voluntary Remunerated Plasma Collections. He appeared as an expert before Alberta’s Standing Committee on Private Members Bills during discussion of Bill 204.