In his recent Policy Options piece about the contentious addition to Ottawa’s iconic Château Laurier, Peter Coffman eloquently describes the vulnerability of national historic sites, which he notes are subject to “a tangle of procedural loopholes” and toothless policies. Environment Minister Catherine McKenna has responded to the controversy by saying “we need to look at” the fact Canada “is the only G7 country that doesn’t have protection for national historic sites, outside of the ones protected by the government through Parks Canada.”

But Canada has been looking at this problem, for more than 20 years. The federal government has been toying with legislative proposals to improve the protection of national historic sites. At present it’s a complex system of shared jurisdiction between Ottawa, the provinces and the territories. The Château Laurier, a historic site under private ownership, exists within this patchwork of protections.

More recently, in 2017, the Standing Committee on Environment and Sustainable Development recommended federal legislation to protect the commemorative integrity of all national historic sites of Canada. In addition to requiring federal departments, agencies and Crown corporations to look after national historic sites in their custodianship, the proposed legislation would require federal departments and agencies to ensure that their activities do not adversely affect national historic sites under the jurisdiction of the provinces and territories. In the past, federal infrastructure projects have damaged or destroyed historic places valued by their communities.

Government’s seven-page response to the House of Commons report in December 2018 was long on future planning and short on concrete action. It said only that it was “committed to reviewing what legislative measures might be warranted.”

National historic sites are places of national significance that have received formal designation by the minister responsible for Parks Canada, on the recommendation of the Historic Sites and Monuments Board of Canada. The board was created in 1919 as an advisory body and was later established in law by the Historic Sites and Monuments Act (1953). After a century of activity, there are nearly one thousand national historic sites in all parts of Canada.

Of these historic sites, 171 enjoy statutory protection through the Parks Canada Agency Act (1998). Another 64 are overseen by other federal departments and have no legal protection.  The vast majority of sites – 750 – fall outside federal jurisdiction (this includes the Château Laurier) and their protection depends on a hodgepodge of provincial and territorial laws.

As well, there is no legal protection for the 64 national historic sites managed by other federal departments and agencies such as National Defence and Public Services and Procurement Canada. These unprotected properties include some of Canada’s most iconic properties, including Parliament Hill’s Centre Block (currently under extensive renovations) and the Victoria Memorial Museum in Ottawa. A National Historic Sites Act would fill this legislative gap and be a step towards putting the federal house in order.

At a minimum, the federal government has a moral obligation to advocate on behalf of all national historic sites, regardless of ownership.

Despite the fact that 750 national historic sites fall outside of federal jurisdiction, this does not mean that the federal government has no leadership responsibility. Creating national historic sites is a federal responsibility. For 100 years, the minister responsible for Parks Canada has approved national designations and identified heritage values for each property, on the recommendation of the Historic Sites and Monuments Board of Canada. At a minimum, the federal government has a moral obligation to advocate on behalf of all national historic sites, regardless of ownership, in order to protect their commemorative integrity and to encourage interventions and upgrades that follow national conservation standards.

The patchwork of protective arrangements calls for partnership and collaboration among the various jurisdictions. There are precedents for such collaboration. During the last two decades, the Historic Places Initiative established a national database and conservation standards. The Canadian Register of Historic Places, managed by Parks Canada in collaboration with provincial and territorial partners, was officially adopted by all jurisdictions. The Standards and Guidelines for the Conservation of Historic Places in Canada, now in its second edition, is used by the federal government and all provinces and territories (except Ontario). A national certification program ensures compliance with the standards.

Given the large number of national historic sites in Canada, commemorative integrity objectives can only be met by mobilizing governments, nongovernmental organizations, academic institutions and other civil society actors. Harmonization and collective action could protect places that are of significance to the nation.

What does this all mean for the Château Laurier? The hotel was designated a national historic site in 1981 for its Château-style features, which are a distinctly Canadian architectural type. Although the hotel is privately owned, its historical status is nonetheless designated through a federal government process. As such, the federal government is morally obliged to advocate for the protection of its commemorative integrity and to reach out to other levels of government to achieve this goal. 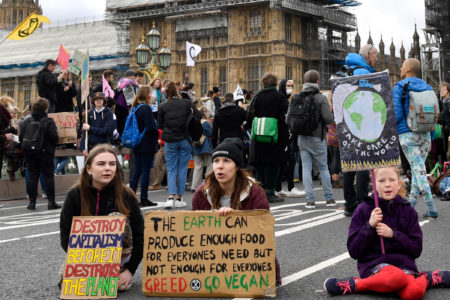