Our country has a wound that we must heal. This is the partnership with Aboriginal peoples. And that reconciliation must happen in our cities.

Two weeks ago, Maclean’s magazine provided a painful portrait of Winnipeg as Canada’s « most racist city ». The piece provided an uncomfortable mirror of who we are as Canadians and has ignited a too-long ignored discussion about how we must change.

Places like Attawapiskat or Davis Inlet may seem far away for most Canadians; closer are Portage and Main or East Hastings Street. There is wrenching irony that Brian Bowman, a lawyer and former Chamber of Commerce chair, was elected as Winnipeg’s first indigenous mayor after a campaign that heard epithets about « drunken native guys » downtown. Responding to the Maclean’s piece, a shaken Bowman underscored « a responsibility right now to turn this ship around and change the way we all relate.”

At an event this Friday in Ottawa, a group of Action Canada fellows will formally publish our report « A Wider Circle: Aboriginal Voices in Canadian Cities. » The report provides recommendations on how to engage Aboriginal peoples in city governance and celebrate urban Aboriginal peoples’ contributions to Canada’s urban mosaic. We propose that renewing this partnership – through the formal inclusion of Aboriginal representation in municipal government, the collaboration with Aboriginal peoples on social service delivery, and the recognition of Aboriginal culture in civic processes – will enhance the vitality of city life for all.

As the events in Winnipeg exhibit, there is a deep divide today between the experiences of many urban Aboriginal peoples and other urban Canadians. But concurrently there is a sort of Aboriginal Renaissance underway in our cities, with a growing cohort of educated, entrepreneurial and passionate Aboriginal peoples who do not view urbanity and Aboriginality at odds, rejecting a stereotype of Aboriginal culture as somehow frozen in the past. They are building a proud identity that fuses traditional ways with professional and entrepreneurial ambitions.

Yet, non-Aboriginal Canadians often lack connection with this picture of Aboriginal success. In her powerful talk for TEDxToronto last year, Gabrielle Scrimshaw, who founded the Aboriginal Professional Association of Canada, relates an anecdote about her Salsa dance partner revealing that she was the first Aboriginal person he had met. And, at the other extreme is racist stigma: « They call me a squaw or tell me to go back to the rez, » recounts writer and broadcaster Rosanna Deerchild while expressing her deep love for her Winnipeg home.

That hurtful ignorance is frequently reflected in the tone of certain social services and, as anesthesiologist Alika Lafontaine observes, systemic racism is a barrier to basic medical care for many Aboriginal peoples. Similarly, Environics’ 2010 Urban Aboriginal Peoples Study identified that urban Aboriginal peoples with low-income status encountered significant negative treatment in the social housing, social assistance and child welfare systems. On the other hand, an initiative like the Wabano Centre for Aboriginal Health in Ottawa, which is based on a holistic model for health, shows services can be delivered in a culturally appropriate manner.

In our report, we recommend that governments and public service providers review their programs with Aboriginal partners to identify impacts on urban Aboriginal peoples. B.C.’s Off-Reserve Aboriginal Action Plan provides an example in which the government partnered with organizations like the Metro Vancouver Aboriginal Executive Council for consultations with local communities to assess needs and assess socio-economic linkages. Of course, such engagement must not be lip-service consultation once priorities have already been set, but rather a true partnership where Aboriginal peoples collaborate to define priorities and values.

Throughout Canadian policy discussions, cities are increasingly seen as the channel for impacting citizens’ everyday quality of life, and municipalities are uniquely placed to engage Aboriginal peoples. In Ottawa, we heard how Aboriginal representation to the municipal government can be a bridge to impact provincial and federal policy. At our public dialogue in Vancouver, we heard how acts of recognition, like the recent « brushing off » ceremony in City Council chambers, infuse a sense of belonging. We recommend cities build upon such examples to begin the dialogue for reconciliation.

There are constitutional obligations for consultation and accommodation of Aboriginal rights. But the partnership with Aboriginal peoples must be about more than that. Ultimately, reconciliation is about learning about each other, understanding our shared history and envisioning our common future, knowing that the project of Canada must be for all Canadians. Cities are where that dialogue can begin. What genomics can teach smart cities about collaboration and data 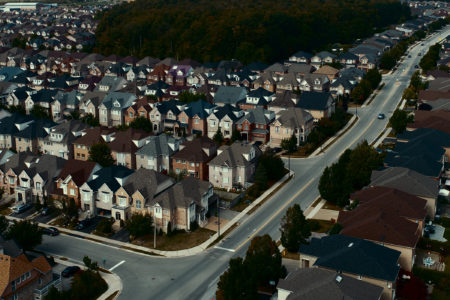