More RRSP: How do we help the right people?

Are higher RRSP contribution limits, or even a more flexible lifetime savings limit, the answer for Canadians who aren’t saving enough for retirement? In a short analysis released on Thursday, Alexandre Laurin at the C.D. Howe Institute suggests that these would be, in part because we under-estimate just how much RRSPs are being used.

Laurin’s argument is that the two statements we often hear in relation to RRSPs”” stagnant contribution levels and the significant amount of contribution room that goes unused””provide an inadequate reading of how program is actually being used. Because these data points reflect averages of the total population, they don’t give us a sense of RRSP take-up among those who really need it most: middle and high-income earners, particularly those without access to a workplace pension.

Laurin addresses this gap in the public debate by presenting some valuable data on RRSP participation levels across different groups and income levels. Most importantly, he disaggregates RRSP contributions by workers who are or are not in workplace pension plans (RPP – registered pension plan), thus giving us a much richer basis on which to judge RRSPs. Below, I have copied perhaps the most important table from his paper. As is evident in the table, RRSP participation increases with income. Among the group with no pension plan, a little more than half of those with earning between $50,000 and $125,000 a year didn’t contribute to an RRSP in 2013. Admittedly, this is a lot better than what the policy discourse sometimes assumes about RRSPs, but it is still a major problem.

The bigger question raised by Laurin’s data is why, at all, there is such a stark difference in RRSP participation between middle- and the highest earning Canadians? As is visible in the table, participation in an RRSP among those outside of a pension plan rises from 51% to 70% as earnings increase above $125,000 per year.

Why is it that middle and upper-middle income earners who make between $50,000 and $125,000 are far less likely to participate in an RRSP even if they don’t have a pension? Do they not know what problems lie ahead?

It is true that RRSP participation will rise with age, and these earnings aggregations mask such heterogeneity somewhat. It is also true that this group of savers may be saving differently, devoting a larger share of disposable income to home equity investment, which is not accounted for here. But why are so many still forgoing RRSP participation in any event, even in very small amounts? Therein lies the key point””the real challenge is to get people to recognize their needs and act on them (or at least make the choice very easy and intuitive).

Raising RRSP contribution limits, or even making them more flexible to include a lifetime cap, are potentially interesting policy ideas, and worthy of further debate. But I am not sure they yet diagnose the right problem.

Setting aside whether a mandatory savings vehicle is more appropriate, if we want to increase voluntary savings (and we should, regardless of where one stands on the CPP debate) then the real challenge is about behavioural response. How can we get those who aren’t in a pension plan, and who earn a decent income such that they will need more than just CPP and OAS to fund their retirement, to save? This is where we should be talking about behavioural prompts.

If we don’t move the policy discourse in that more ambitious direction of behavioural analysis, then I worry that we will be missing some of the people most at risk.

More RRSP: How do we help the right people? 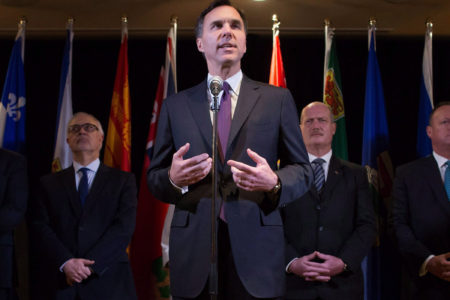